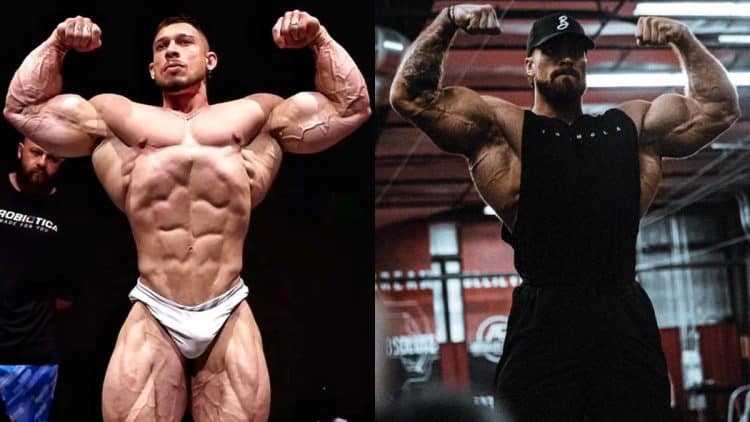 Samir Bannout, former Mr. Olympia, is no longer competing professionally but his passion for the sport made him a revered analyst in the bodybuilding community. In episode 24 of The Muscle Maturity Podcast, Bannout sat down with Nick Trigili and John Hansen to discuss the competition in the Classic Physique division of the upcoming 2022 Olympia.

Reigning three-time Classic Physique champion Chris Bumstead has established himself as one of the most popular and successful Classic Physique athletes. He will look to defend his title and secure a historic fourth trophy at the nearing Olympia. Considering how dominant he has been at the top, ‘CBum’ enters the contest as the favorite to retain the title but he will need to ward off fellow division standouts.

In October, Bumstead announced his split from longtime mentor and Men’s Open division competitor, Iain Valliere. He had been working with Valliere since the early days and appeared to depart on good terms. However, it would still be a big change for the Canadian to enter his first Olympia without Valliere. He later revealed renowned bodybuilding guru Hany Rambod as his new coach to get ready for the biggest show in the sport.

Brazilian bodybuilder Ramon Rocha Queiroz has emerged as the dark horse of the division. He made headlines for his impressive symmetry and aesthetic physique in 2021 when he placed runner-up at the Europa Pro Championships. He made his debut in the Super Bowl of bodybuilding last season, where he got a fifth-place finish in his first showing.

Both CBum and Ramon Dino gave a sneak peek into their preparations with absolutely jacked physique updates seven weeks out from the 2022 Olympia. Bumstead showed off his insane v-taper along with his slim waist whereas Ramon flexed his humongous arms performing a double biceps pose.

In a recent YouTube video, Samir Bannout joined Nick Trigili and John Hansen on The Muscle Maturity Podcast to share his thoughts on the competition in the Classic Physique category of the 2022 Olympia.

“CBum and now about the Brazilian champion Roman. I’m impressed with Ramon. I saw some photos of Ramon and I like his body. Chris Aceto is sending me photo of Ramon right now. Chris and Ramon are working together. I’m sure he’ll be ready. I like the guy’s body. No disrespect, I think he’s the biggest threat to CBum.

“CBum’s arms need to be better too. But his waist and flow, small waist and hip, I like his body.”

Bannout analyzed how Ramon would stack up against the dominant Bumstead.

“I would love to see photos of Ramon and CBum. Let’s look at the overall physique. Chris Bumstead is incredible, he’s in great condition but don’t underestimate guys like Ramon; small wrists, big like Popeye forearms, beautiful balanced arm, small waist, small hip, great legs, and the overall combination makes him a big threat for CBum. If Chris Bumstead is going to outweigh him by 20 pounds, I don’t think that should be relevant. That should not be the reason why CBum should take him. But again, we’ll have to wait and see. Guys like Ramon, really a big threat and I like his chances.”

“Ramon, look at the forearms, the fullness, the flow, rib cage, and good abs.”

According to Bannout, Ramon Dino has the better overall package and could beat Bumstead this year if he works on his control and professionalism.

“The bottom line, Chris Bum has proven Mr. Olympia, he’s won it three times. But he could improve his arms a little bit more. This is where I would say Ramon is going to shine because Ramon’s best part is his arms. CBum, his weakest part is his arms, they could be better.

“All respect to Chris Bum, he’s winning convincingly but potentially do I want Chris Bum’s body or Ramon’s? I want Ramon’s body, his structure. This is Samir saying. I think Ramon has a better body than CBum. He has better genetics.

“Chris Bum is more professional, he has better control on stage and that’s why CBum is a champion. He’s winning convincingly. But until Ramon has the mentality of CBum and shows with authority on stage, CBum will win again. Even in his calves, Ramon has better calves than CBum.”

Bannout criticized the judges and reiterated his stance on Dino’s package potentially beating Bumstead’s physique at the 2022 Olympia.

“Ramon has a better flow, better arms, better legs, an equally good midsection. I don’t care about the wider shoulders or the shoulder-to-waist ratio. The judges are f**king bonehead. They should trust me on that. I know what Aston Martin looks like and I know what a Jaguar or Hummer looks like. The thing is CBum is a quality person, great champion, he controlled it very well.

“But who do I give the nod for the overall package? Honestly, Ramon has the overall package. There’s no hole in his arm. Look at Bumstead’s arm, his arm has some kind of flatness. He has a great ribcage, great lats. That’s where CBum is winning. The midsection and legs are equal. But like I said earlier, no arms no glory. This is where Ramon would outshine in the arms department. Then yes, the ribcage on Chris.”

“Ramon needs to have control, he doesn’t have the control. Chris Bum is in control and that makes a difference.”

“Again, Chris Bum is more professional, more in control, and that’s about the only things he has on Ramon. But Ramon has better overall flow.”

Bumstead followed up with another physique update over a week ago where he showed off his gigantic arms just two weeks out from the 2022 Olympia. Ramon Dino also sent a warning shot to the competition around the same time with an impressive physique update, displaying his stellar conditioning from the front.