The 8X Mr. Olympia champ pulls back the curtain on his diet routine from his competitive bodybuilding days. 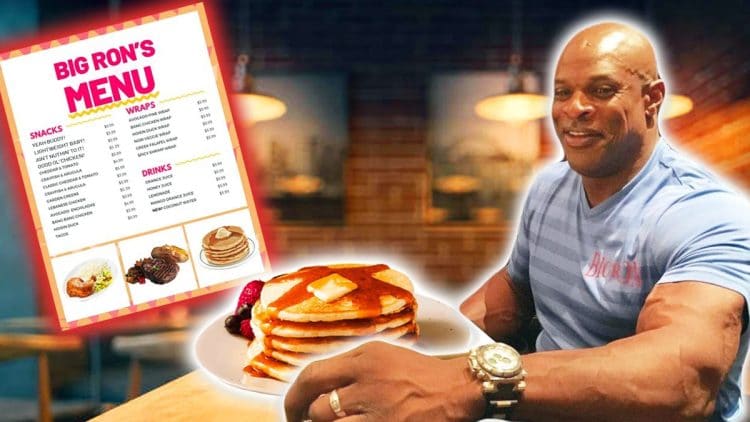 With eight titles to his name, Ronnie Coleman is the winningest bodybuilder in Mr. Olympia history — a title he shares with another legend, Lee Haney. Besides dominating every stage he stepped on in his prime, “The King of Bodybuilding” also won hearts with his warm personality. It is no surprise he is one of the most loved and respected bodybuilders of all time.

Coleman has been transparent with his fans since very early in his bodybuilding career. His first training DVD “Ronnie Coleman: The First Training Video“ came out in 1998, way before YouTube or Instagram were a thing.

The GOAT is sticking to his guns as he took his fans behind the scenes and shared a full day of eating video from his competitive days.

The short three-minute video opens in Coleman’s kitchen where he can be seen prepping his first meal of the day. Coleman’s video is pretty informative as he shares his regular and pre-contest meals in the video.

“Half a cup of grits, two cups of egg whites,” says the eight-time Mr. Olympia champ as he pours egg whites from a big container into a measuring jar.

“This is pretty much how I stick to my pre-contest diet.”

Coleman explains that he swaps the egg whites with a protein shake during his contest prep. “All meals are pretty much the same, except for the second one,” adds the 8X Mr. Olympia champ.

Related: How Strong Was Ronnie Coleman?

During his contest prep, Coleman’s second meal of the day consisted of nutrient-dense whole foods like chicken and baked potatoes.

“I only have one protein shake once I start the pre-contest [routine].”

In the video, the 8X Mr. Olympia champ revealed that he liked to eat at a Black-Eyed Pea restaurant for his third meal of the day. However, he stuck to eating an orthodox bodybuilding meal consisting of chicken and rice during his prep season.

Related: Best Back Ever: Ronnie Coleman vs Dorian Yates

The video suggests that Coleman hit the gym after his third meal. It’d be safe to say that, after the three hearty meals, he had enough gas in the tank to annihilate his muscles.

After the gym posing clip, the video cuts to “The King” almost asleep on his couch with a bowl of food on his lap. After his meal, the champ gulps down a bunch of pills from a box that looks like something one might find in a tool shed. He didn’t explain what the pills were for.

Although Coleman didn’t reveal what he had for his fourth meal, the video revealed some crucial information. A pan shot of The King’s living room showed eight Sandows on display on top of his fireplace, which tells us that this video is either from 2006 or 2007.

Coleman retired from professional bodybuilding in 2007 due to lingering issues with his herniated discs and underwent surgery only after hanging up his posing trunks. To date, Coleman’s had 13 surgeries on his spine.

Check Out: Ronnie Coleman Says Losing To Lee Priest Was ‘My Lowest Moment’

You can check it out below, courtesy of his YouTube channel:

Ronnie Coleman retired from pro bodybuilding in 2007, but he is one of the most active bodybuilders on social media. He owns a supplement company and is a regular on many popular podcasts. “The King” was given the Lifetime Achievement Award at the 2021 Arnold Classic.

Coleman has recently started talking about the use of PEDs in pro bodybuilding and is a critic of the use of diuretics in the sport. Looking for something else to read? Check out this Ronnie Coleman interview where he sheds some light on how Jay Cutler changed the sport of bodybuilding forever.