A breakdown and prediction for the action taking place in the Classic Physique division at the 2021 Mr. Olympia 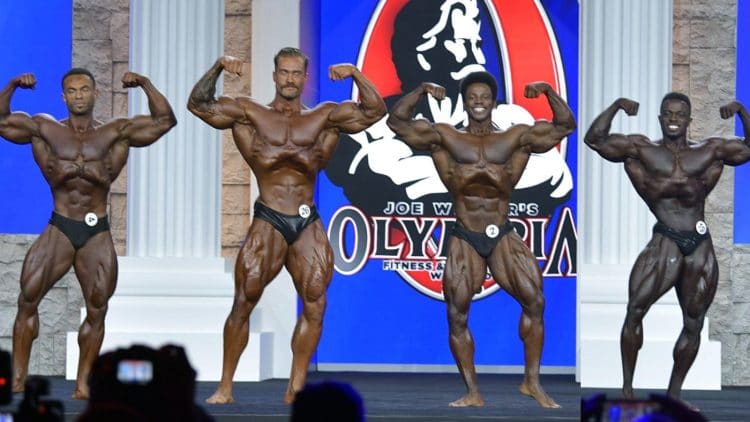 The 2021 Mr. Olympia takes place October 7th-10th, in Orlando, Florida. Here is a breakdown and preview of what to expect from the Classic Physique side of the competition.

While Open bodybuilding is obviously the main attraction of the Olympia, the Classic Physique division is the fastest growing one in the sport. A big portion of that is due to the two-time champ Chris Bumstead, who has a massive following on social media and love from fans.

This is also a division that has been in the spotlight in the lead-up to this contest, with some people pointing to it as the future of bodybuilding. Most notably, Arnold Schwarzenegger highly praised the division recently, saying that it is a much safe alternative to Open bodybuilding, and that the sport should head in that direction.

Regardless of how you feel about those sentiments, it is hard to deny that this is going to be one of the most exciting parts of the 2021 Mr. Olympia. There will be a wide array of the top competitors that this division has to offer, and the competitive nature that comes with this division leaves fans chomping at the bit to see them take the stage.

Unfortunately there are some competitors who are unable to participate in this year’s competition. Namely, rising prospect Logan Franklin did well in his last few shows, particularly the Arnold Classic, but he did not earn enough points to make a second appearance at the big show.

That said, there are still a lot of top talent that is competing at the Olympia, and of course not everyone will make it into the top six. For example, Dani Younan has historically been a top tier taken in the division, but has not brought his best package to the stage over the last few weeks, which makes it hard to picture him placing above people who recently beat him.

There is also Wesley Vissers who looked good while winning the Battle of Champions, earning his qualification in the process, but he still seems to still need a bit more growth to get into that coveted top six. Urs Kalecinski is another man who made a big splash when earning his invite, but still has some work to do.

It is important to remember that anything is possible at the 2021 Mr. Olympia. That being said, this is a breakdown of who we believe will end the weekend in the top six position.

Robert Timms burst into the public consciousness when he tore through the Texas Pro lineup, scoring a big win over the likes of Logan Franklin and Steve Laureus. Not only that, but he proved that he has an insane level of condition that could bring trouble to any Classic Physique competitor at the 2021 Mr. Olympia.

That said, there is still some work to do before he finds himself sitting above the proven commodities that are at the top end of this division. Clearly though, he is already an elite athlete and will likely give most people trouble just on his conditioning alone, which is why he will likely end up in sixth place.

Bryan Jones had a decent fifth placing at the 2021 Arnold Classic, which given its proximity to the Olympia, provides a good insight on the physique he will take to Orlando. However if he is able to make a few adjustments to properly peak this weekend, he could easily land in the top five.

Jones is still something of an unproven talent in the fact that he has only one prior appearance at the big show and has not been competing as a pro for very long. Nevertheless, there is a lot of belief in his skills, and it is reasonable to believe that he will replicate his success from last year, if not improve.

Alex Cambronero may have dropped a placing at the 2021 Arnold Classic compared to how he faired the year prior, but do not be fooled; he has been steadily improving nonstop since coming in fourth place at the 2021 Mr. Olympia. However that is something that can be said for nearly everyone heading into this contest, so it seems likely that he will retain his spot from last year.

There are a lot of strengths that Alex has, namely being a well rounded athlete with few major holes in his game. He has proven time and again that if you do not show up at your best, he can steal your placing on stage, which might just let him place fourth yet again.

At one point in time, Breon Ansley seemed like he was going to be the future of the sport, having won two back to back Classic Physique Olympia titles. However he dropped the title to Chris Bumstead in 2019, before falling another placing in 2020.

To be clear, Breon is one of the best in the world, and will certainly bring a new package to the stage in Orlando, but the big hurdle he faces in making major improvements is the weight limit, as always. It is for that reason that we believe he will likely end up in third place.

Widely considered to be one of the best posers in the entire sport, Terrence Ruffin has gotten incredibly good at putting his physique on display. That is a big reason that he was able to surpass Breon Ansley at the 2020 Olympia, and will likely do the same this year.

Aside from his artistic outlook on pose, he has been constantly grinding and working to improve on his overall physique, which was seen when he won the Arnold Classic. With this combined package, it seems pretty clear that he is the second best Classic Physique bodybuilder in the world, which will become evident when he takes the stage.

Lastly we come to the reigning, defending, two-time Classic Physique Olympia champion, Chris Bumstead. He has been looking unstoppable as of late, and seems to be not going anywhere any time soon, living up to his plans to be a longstanding champ.

One of the biggest things on Chris’s side is his height, which allows him plenty of room to grow in his weight class, which is exactly what he has been doing. The fact that he still has plenty of growth potential left, and already looks this amazing, makes him a shoe-in to defend his title, barring any unforeseen circumstances.

What do you make of these predictions for the 2021 Mr. Olympia Classic Physique Top 6? Are there any athletes that we missed?