Jon Call the Anabolic Acrobat, Jujimufu is undoubtedly the goofiest, crazy, flexible, bodybuilder in the world. Juji weighing in at 235lbs, the massive hulk of a man had an almost 100lbs and 3ins advantage of the lithe Shane Fazen, an International Muay Thai pro-MMA fighter. 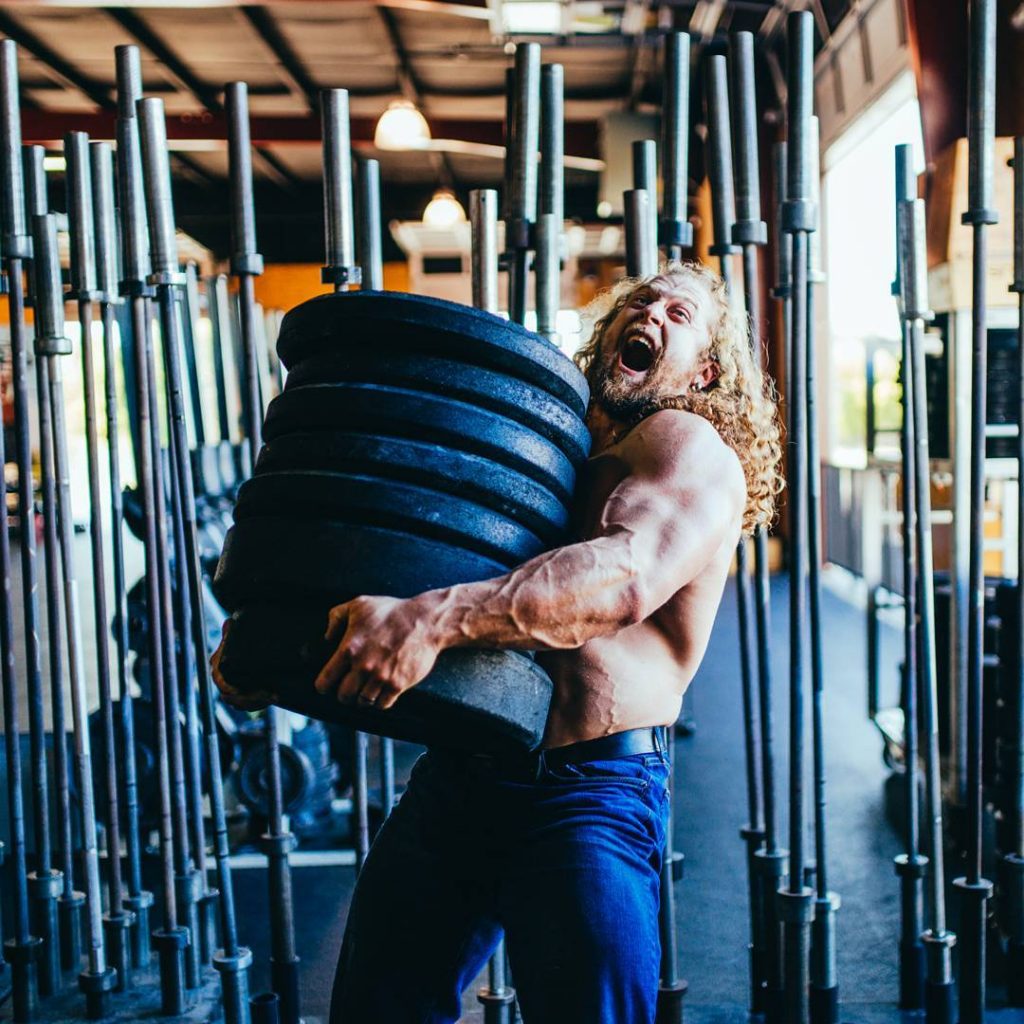 The fight pitted Fazen’s speed and skill against the monster strength of Juji, but how the fight ends was a surprise. In the above video, you can see the two of them taking on each other in a round of full-body kickboxing.

At first, it seems Juji – who also appeared on America’s Got Talent – is winning as his huge punches and kicks send Fazen backward when they land.

But Fazen begins to get a foothold in the fight as he uses his speed to dodge Juji’s blows and counter attack.

The bodybuilder starts to tire but tries to win with a huge kick. Instead, he loses his footing and collapses on the floor exhausted, leaving Fazen as the winner.

Jujimufu, real name Jon Call, is an American athlete who gained notoriety after videos of him doing weighted chair splits...

YouTube fitness star Jujimufu is preparing to make his long awaited debut on the bodybuilding stage next year. However it...