Reigning Mr. Olympia champion Big Ramy is 37 and revealed that next year will be his last year competing professionally, 'this is something I decided a long time ago.' 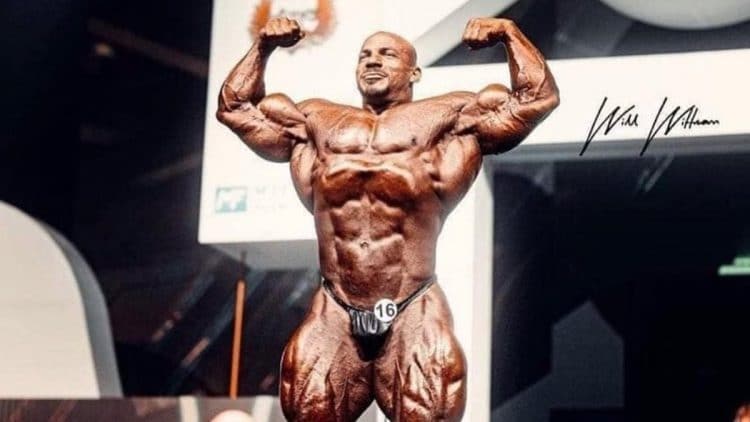 Mamdouh ‘Big Ramy’ Elssbiay is one of the sport’s biggest attractions in large part due to the dominant reign he’s put forth as a Men’s Open bodybuilder. Big Ramy intends to step away from the sport in 2023, and claims he made the decision a ‘long time ago.’

Big Ramy has left a wake of destruction in his path as an IFBB Pro for the last two years. His size and muscularity are some of his best weapons, and when his conditioning is on par with the best, he’s a nightmare to stand against on stage. The Egyptian native asserted himself in the Men’s Open division in 2020, winning his first Sandow trophy en route to defeating 2019 Olympia winner Brandon Curry.

The following year, Big Ramy defended and retained his title at 2021 Mr. Olympia, once again proving that his size and muscularity were too much for top finishers like Curry and returning seven-time Mr. Olympia Phil Heath. Though, many believe he may struggle more than usual when the biggest show of the year returns later this year.

Big Ramy was expected to guest pose at IFBB President Jim Manion’s annual Pittsburgh Pro a few weeks ago but never showed up. For over two weeks, he offered no explanation, which left the sporting community in a state of suspense. Former 212 Olympia winner Derek Lunsford filled in for Big Ramy as a guest poser and was the talk of the town following the appearance. However, last week, Big Ramy formally apologized to Manion and the bodybuilding community, though offered no concrete reasons for the mysterious absence.

In a recent interview with the RWA Podcast, it appears the defending Mr. Olympia champion plans to end his career next year.

“I’ve decided since the beginning that I will stop bodybuilding at 38 years old.
My kids still ask me about it, I tell them thirty eight hasn’t come yet. When it comes, we’ll talk.

I don’t know what I’ll do after thirty eight, but this is something I’ve decided long time ago.
I’m thirty seven, there’s one more year left.” Big Ramy said in a recent interview.

Following Ramy’s absence in Pittsburgh, retired IFBB Pro Dennis James had no details to provide about the incident. The no-show left James ‘disappointed,’ and he underlined what a big mistake it was to miss an event hosted by an esteemed figure in the sport like Jim Manion.

According to a recent interview, Ramy’s coach Dennis James cleared the air, indicating that he ran into trouble when it was finally time to fly. The issue that prevented Big Ramy from flying was never brought up though.

Big Ramy will no doubt have a challenging season ahead, assuming he returns to the Olympia stage this Dec. Curry, who has taken runner-up to Ramy at a number of events, plans to bring a heavier package to combat the mass monster.

Rising talent and top-5 Olympia finisher Nick “The Mutant” Walker is packing on the muscle and intends to push Ramy to the brink when they meet for a second time. The most prestigious show of the year wouldn’t be complete without the conditioned physique of Hadi Choopan. Choopan has consistently placed in the top-three at Olympia the past few years and is hoping to leave no doubt with the judges when he returns to the Las Vegas-based show this winter.

Big Ramy’s 2022 season has already started on uncertain footing but voiced his desire to remain active until 2023. As he aims for his third straight Sandow trophy, Big Ramy has made it clear that his time in the sport is coming to an end.