Mobs of fans have embraced the former two-time champion after finishing fifth at 2022 Olympia. 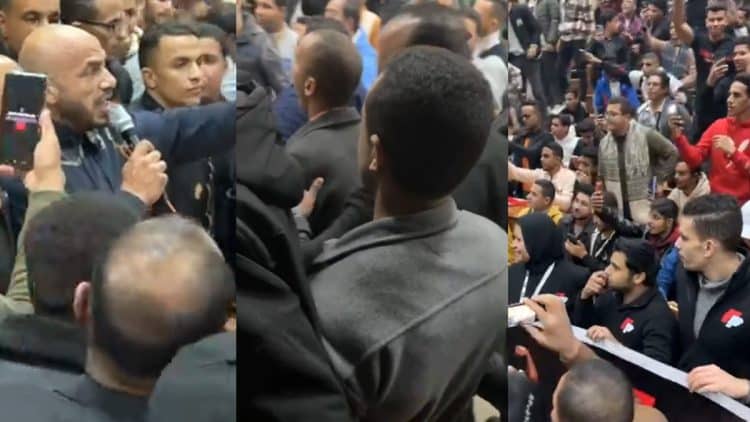 Former two-time Mr. Olympia Mamdouh ‘Big Ramy’ Elssbiay lost his coveted title at 2022 Olympia, where he was outmatched by four other competitors. Weeks following the performance, fans from Egypt gave Big Ramy a hero’s welcome after he returned to his home country.

The bodybuilding community was left in a state of shock earlier this month in Las Vegas, NV. when Big Ramy was knocked all the way down to fifth place at 2022 Olympia. Ramy was hardly moved on stage during prejudging and finals, which were ultimately dominated by third-place finisher Nick Walker, runner-up former 212 Olympia Derek Lunsford, and the newly crowned champion Hadi Choopan.

The 38-year-old was quick to address his fans and future in the immediate aftermath. Ramy explained in an emotional message after coming up short that he has no plans of giving up. Moreover, he promised his fanbase he would return with a vengeance in due time. The former champion gave Hadi Choopan — the first Iranian-born Mr. Olympia, props for the incredible achievement.

Since losing his title, Ramy hasn’t been shy about media obligations and took part in a long-form interview to discuss his future in the sport. He shared he would fix the problems with his physique as soon as he figures out what went wrong. Despite coming home without gold, fans welcomed Ramy with love and happiness after flying back to Egypt.

In two posts shared via Instagram on December 26, 2022, Ramy is seen speaking with fans weeks following his fifth-place finish at 2022 Olympia.

Check out the posts below:

“My people love and support means a lot to me, thank you so much for everything.” Elssbiay wrote.

“Love you all ❤️” shared Ramy.

With so many questions regarding Ramy’s physique at 2022 Olympia, IFBB head judge Steve Weinberger gave a statement regarding what went wrong for the former champion. According to Weinberger, Ramy’s legs, back, and conditioning were off. He added that Ramy looked worse than in 2021 and that this package wasn’t representative of the Ramy ‘we all know.’

While Ramy’s coach, Chad Nicholls, has yet to speak up about that fateful night, Dennis James, a close friend and training partner of Elssbiay, gave his two cents on the lackluster performance. James said Ramy looked great a week out but appeared ‘flat’ hours before stepping on stage.

Other veterans of the sport have spoken up about Ramy’s fall from the top like Kevin Levrone. The IFBB Hall of Famer believes Ramy gave the judges an excuse to ‘get rid of him’ at 2022 Olympia. Given the issues with Ramy’s physique, Kevin thought the former champ tried his best, but was disappointed with the final outcome.

Some have suggested Ramy’s lower back, lack of triceps, and thigh divots resulted in the loss. However, Dennis James believes those problems existed far before Ramy competed at 2022 Olympia. During contest prep, some athletes like Iain Valliere suggested those discrepancies could affect Ramy’s placement, and it looks like that’s what happened.

Even though he wasn’t able to keep the Mr. Olympia title in Egypt, fans welcomed Ramy with open arms after losing his title at 2022 Olympia. Despite whispers about his retirement last year, it appears the former champion is determined to get revenge in 2023.