Mamdouh 'Big Ramy' Elssbiay received stem cell treatment in an effort to regenerate some of the nerve damage he's been dealing with. Will it be a game-changer? 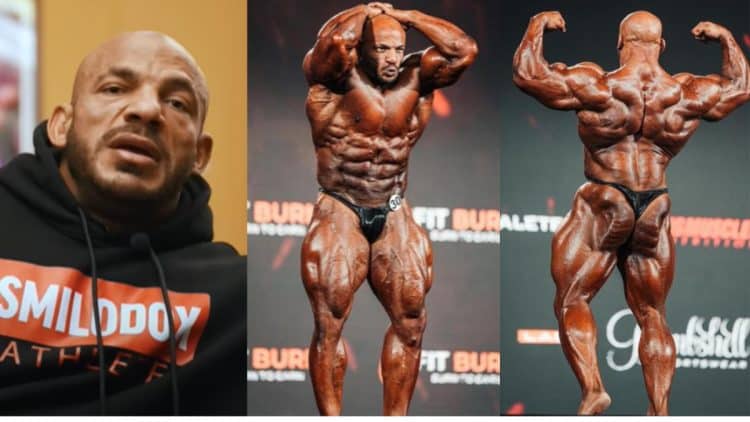 Mamdouh ‘Big Ramy’ Elssbiay will seek redemption at the upcoming 2023 Arnold Classic after dropping to fifth at Olympia last month. On January 21, 2023, Big Ramy underwent stem cell therapy less than six weeks before the show in hopes of bringing a better package to Columbus, Ohio.

Elssbiay, a two-time Mr. Olympia champion, reached the pinnacle of his career in 2020 by capturing his first Sandow. In 2021, Ramy defended his title successfully even though veterans like Phil Heath thought he was slipping. Months before the next marquee event, Heath predicted his former teammate Hadi Choopan could defeat Elssbiay ‘if he left the door open as he did in 2021.’

Judges at 2022 Olympia sidelined Ramy for most of prejudging despite entering the contest as a favorite. When the finals began, it became clear the contest would be decided between Hadi Choopan and former 212 Olympia Derek Lunsford (who accepted a special invite to compete in the Open at 2022 Olympia). When announcer Bob Cicherillo awarded Ramy the fifth-place prize money, fans were flabbergasted by the outcome.

Leaving Vegas without a trophy, Ramy was fired up following the historic loss. He opened up about the experience recently, where he mentioned he would return after figuring out what went wrong. Head judge Steve Weinberger was candid about Ramy’s performance. He argued this ‘wasn’t the Ramy we all know,’ and suspected the former champion suffered from back and/or shoulder injuries.

And while some thought he’d take time off stage, the 38-year-old announced a surprise entry into the 2023 Arnold Classic last week. Looking to bring his best possible physique, Ramy underwent stem cell therapy to correct some of his nerve issues, which many believe held him back at the 2022 Olympia last December.

Big Ramy Treated with Stem Cell Therapy Less than 6 Weeks from 2023 Arnold Classic, Will It Help His Lower Back? 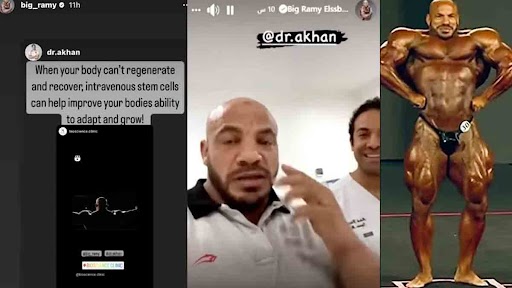 Shortly after Ramy entered the 2023 Arnold Classic, his coach Chad Nicholls, issued a short statement. Some have been critical of Nicholl’s job at 2022 Olympia since both William Bonac and Ramy came into the contest noticeably off.

“We don’t TALK – we WORK and it’s time for @big_ramy and me to go back to WORK – see you in Columbus and you already know it’s gonna be cold” Nicholls wrote.

Stem cell therapy is a type of regenerative medicine that uses stem cells for the purpose of repairing damaged cells and reducing inflammation. In studies, it has been shown to be effective in treating autoimmune, inflammatory, and neurological disorders, which offers patients a promising alternative to traditional therapies.

Leading one of the most successful careers in the sport, Ronnie Coleman used stem cell therapy as well after being hampered by several back surgeries. These operations affected his ability to walk without help. According to ‘The King,’ the stem cell therapy he received in Mexico changed his life. He specified that the treatment helped his quality of life and hopes to walk unassisted in the near future.

The Arnold Sports Festival raised the prize money to $300,000, prompting a number of competitors to jump into the contest. In addition to Ramy, Nick Walker, Andrew Jacked, and Patrick Moore will be in attendance.  With the show approaching, Ramy’s former coach Chris Aceto discussed his chances of success. He believes Ramy could win but suspected he will struggle against Nick Walker, who finished third at 2022 Olympia.

In an Olympia TV interview, Walker had his doubts about Ramy’s comeback and said his time on top has ended. Should Ramy pull off the victory in Ohio, it would set him up with momentum months from November’s 2023 Olympia competition.