The transformation program that will get you ripped for a revolution. 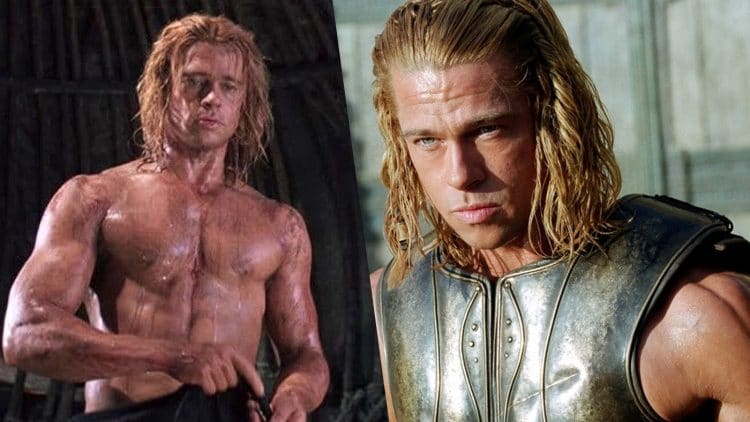 But before you go around telling everyone about what we just did, we want you to remember what they say about snitches.

On second thought, why don’t you go ahead and share this article with as many people as you can? You might end up starting a Fight Club of your own.

Side note: I am a part-time soap salesman. So, if you need a Tyler Durden for your new Fight Club, you now know who to call.

Brad Pitt in Fight Club looks like someone you do not want to mess with. It has been 22 years since the iconic movie came out and has carved a cult following for itself.

Even after more than two decades, Pitt’s shredded physique in Fight Club is unparalleled. No action movie discussion can be deemed complete without a mention of Tyler Darden and his ripped body.

Before we get to Brad Pitt’s Fight Club training program, you need to remember that the goal of his workout regimen wasn’t to put on 10-20 lbs of muscle mass. The Brad Pitt Fight Club workout diet and workout program were aimed at getting Pitt shredded. And by shredded, we mean 5-6% body fat. 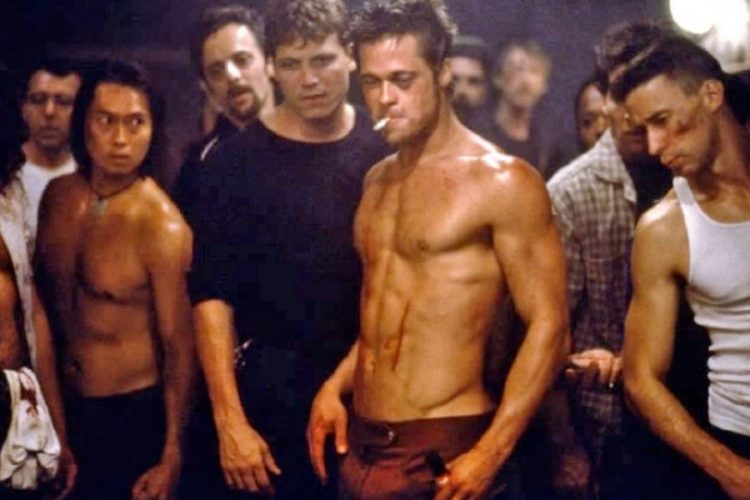 Tyler Durden is The Narrator’s alter ego and so Durden could not have been taller or significantly more muscular than him.

Actually, Durden could have been bigger than The Narrator, but that is not the point here, and can you please cut us and Fight Club’s creative director some slack?

Brad Pitt’s training plan consisted of five days of targeted weightlifting exercises, one day of extreme cardio, and a day’s worth of rest. Here is Pitt’s Fight Club training routine:

Since Brad Pitt’s fight club training program is not about putting on significant muscle mass, you will be lifting lighter weights for a higher number of reps to build muscle definition and striation.

Remember: The weight mentioned is as per 70kg of Brad Pitt’s body weight and strength level. You need to adjust the resistance as per your body weight and training experience.

You are allowed a maximum of 45 seconds for rest between sets. Brad did not spend more than 45-60 minutes on a workout. If you are spending more time than this inside the gym, it is an indicator that your training intensity is not up to the Fight Club mark.

You are in for a shocker if you think you are going to breeze through these workouts.

Since you will not be lifting too heavy on this training program, you should be following a full range of motion. Establish a mind-muscle connection and squeeze the life out of your muscles with every rep.

In an action movie like Fight Club, where your arms are always in the frame during fighting scenes, building solid guns is of paramount importance. Brad Pitt’s python workout in flight club will help you in building bicep peaks and adding definition.

Although we do not get to see Brad Pitt’s legs in Fight Club (nor are we complaining), he does not use this as an excuse to skip leg days. Pitt’s washboard abs in the movie are a result of meticulous abdomen training. If the bodyweight ab exercises feel easy, feel free to add resistance by using a weight plate or dumbbell.

6% Brad Pitt’s body fat in the movie is a result of hours of cardio (and dieting, obviously). He performed one hour of HIIT cardio on Saturdays.

Pitt also did 20-30 minutes of HIIT cardio after every workout on the weekdays to burn off the excess body fat.

Although Sunday is a rest day and we know you are tired from all the hard work you did during the week, do not spend the entire Sunday in bed.

Go out for a 30-minute hike or spend it on a treadmill while watching Fight Club on Amazon Prime Video.

Brad Pitt was not always the lean and jacked fighting machine we saw in Fight Club. The shredded abs, ripped arms, chiseled pecs, and sculpted calves were a result of a targeted effort to get in the best shape of his life.

Producer Ross Bell met actor Russell Crowe to discuss his candidacy for Tyler Durden’s role. On the other hand, producer Art Linson, who joined the project late, met with Pitt for the same role. Brad Pitt was finalized because Linson was the senior producer of the two.

Imagine that – Crowe playing Tyler Durden instead of Pitt. Fight Club would never have turned out the way it did if Ross Bell called the shots.

Not only did Brad work on his physical transformation, but he went a step further and made an appointment with his dentist.

But what does a dentist have to do with Fight Club?

Give that chest a rest. We are getting to it.

Brad Pitt voluntarily visited a dentist to have pieces of his front teeth chipped off so his character would not have perfect teeth.

We bet Ross Bell thought Crowe would have the same devotion towards Tyler Durden.

For the cry babies hooked on the teeth story, Brad Pitt did not lose his teeth forever. Unlike his relationship with Jennifer Aniston, his dental pieces were restored after filming concluded.

The role demanded Pitt be shredded to the bone. During filming, Pitt reportedly weighed around 70 kilos and had a body fat percentage of 6 percent.

To maintain his washboard abs and muscle striations, Pitt followed one of the most important fat loss rules – calorie deficit. He ate clean and shunned junk food.

Brad Pitt relied on quality food sources like fish, chicken, oatmeal, brown rice, protein shakes, and veggies for his daily nutrition goals. To keep his metabolism active, and burn calories even while not physically active, Pitt ate several times throughout the day.

Here is what Brad Pitt eat while prepping for Fight Club:

Related: Protein Shakes: Before or After a Workout?

We know what you are thinking – But it did not look like Brad Pitt ate so much while filming for Fight Club.

If reports are to be believed, he was eating less than 2,000 calories a day while shooting for Fight Club.

Other Diet & Workout Program You Should Check Out:

You might or might not be a Brad Pitt fight club fan. He has had a controversial past, but there is no denying the fact that whatever he might be going through in his personal life, he has never let it affect his work. He has always looked and played his part to perfection.

Achieving 5-6% body fat while maintaining peak conditioning is no joke. It takes a lot of hard work, discipline, and consistency. If you had to emulate someone’s transformation program to achieve the same feat, it should be no one else’s but Brad Pitt’s.