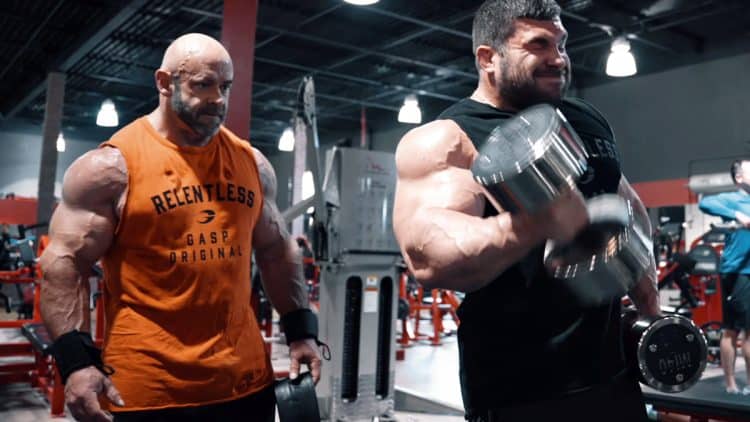 A veteran of the IFBB Pro League, Warren established himself as a top threat in the Men’s Open division. He led a bodybuilding career that spanned nearly two decades, during which he managed to dominate at some of the sport’s most prestigious contests. In addition to a number of Mr. Olympia appearances, Warren’s insane work ethic guided him to success in 2011, when he captured his first Arnold Classic title.

Just like in his training sessions, Branch’s insatiable thirst for competition raged on. He successfully defended his Arnold Classic title in 2012 after bringing one of his best packages to date. Before stepping away from the sport in a competitive capacity, Branch returned to the Olympia stage in 2015 and finished in sixth place, respectively.

Instead of continuing to compete, Warren has dedicated a fair amount of time to help bring up the new generation of bodybuilders. He guided Martin Fitzwater to success at the 2022 Texas Pro, securing runner-up behind one of the hottest rookies of the year, Andrew Jacked. This time, Warren is helping train reigning 212 Olympia winner Derek Lunsford.

Lunsford’s season this year has been full of surprises. Despite winning the 212 title at Olympia last December, many believe he’s headed for the Open class. Derek guest posed at the 2022 Pittsburgh Pro next to Men’s Open competitors like Nick Walker and Hunter Labrada without appearing undersized.

As of this writing, Lunsford has yet to earn an invitation for Olympia in the Open class. His coach, Hany Rambod mentioned that they are seriously having to consider their options. Despite the uncertainty, Lunsford’s training schedule hasn’t slowed even a little.

Below you can find a full list of exercise:

During the recent arm workout, Warren spoke with Lunsford about the mindset it takes to be one of the best bodybuilders in the world.

“Even days where I set a personal record — I’m never satisfied. I should have done another one. You know what I mean, if you ever look in the mirror [and don’t see that] you’re a bad motherfu**r, you’re done,” Branch Warren told Lunsford.

Even though he no longer competes at events, Warren’s work ethic hasn’t dropped over the years. Back in June, the 47-year-old showed off shredded legs in retirement following an intense workout. Earlier this year, Olympia President Jake Wood hinted that Master’s Olympia would be returning in 2023. While Branch would make a fine addition to that show, he’s already said he has no intention of returning to the sport.

Some have deemed Branch’s training methods as too intense, but the bodybuilding veteran doesn’t believe anyone should tell him how to train. He relayed that message in July after annihilating his quads with machine hack squats.

Unlike Warren, Derek’s coach, Hany Rambod, often suggests athletes practice slow and controlled reps to garner results. He is responsible for creating the FST-7 training program (Fascia Stretch Training), a system implemented by a number of successful athletes in the sport.

2022 Mr. Olympia takes place in less than 16 weeks, and it appears preparations are heating up for Lunsford. While Warren’s methods may differ from Rambod’s, Lunsford still walked away with a massive arm pump.

RELATED: Branch Warren Speaks to Jay Cutler About Beating Mr. Olympia in 2009, and Still Not Winning the Show