Mental health is a growing problem in modern times, so Evan Singleton decided to share his experience. 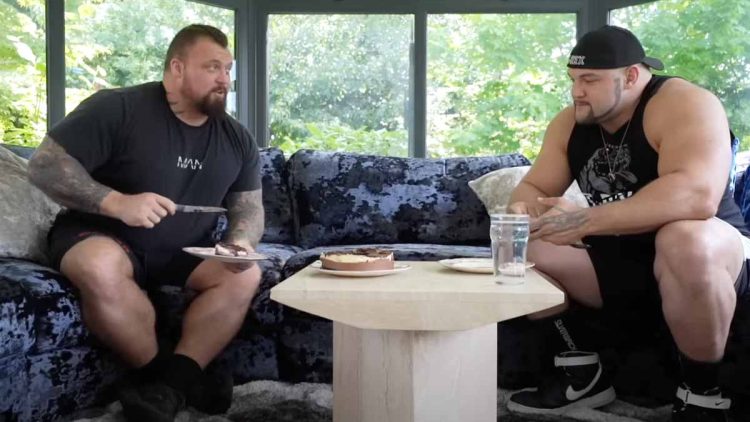 People often fail to recognize how much struggle the world’s greatest athletes often endure, merely because they appear to have a perfect life from the outside. Well, their world can come crumbling down in seconds as well, since the possibility of injuries or any other setbacks is always large. One of the greatest Strongman athletes of our time is Evan Singleton, who is a prime example of this. Evan joined the podcast of 2017 World’s Strongest Man, Eddie Hall, and discussed mental health.

In the podcast shared to YouTube, Evan Singleton revealed that he tried to kill himself multiple times. It’s a blessing that he is still with us today, but he wants to help other people understand that even bad times don’t last forever. Although it is often hard to open up, Evan revealed exactly what he went through in those difficult moments.

“I’ve tried to kill myself more than once… I was two times going to jump, and one time I had a gun in my mouth.”

So, Evan Singleton was actually close to committing on three separate occasions. Two of his attempts were by the way of jumping from a high structure, while he wanted to shoot himself on the third attempt.

“One (jump attempt) was a building and one was a bridge. It’s a combination of not realizing the s**t situation that I was in was just making my mental health decline… Feeling stuck, feeling just trapped in that scenario and honestly going down that rabbit hole until you feel that the only way out is to die.” said Singleton.

Eddie Hall then addressed the stigma around suicide at current times, revealing that he has lost three friends in the last two years due to it. With the thought of it coming to his mind, Eddie immediately started to get emotional and tried to contain himself from letting out a few tears. After taking a moment to gather his thoughts, Hall emphasized the importance of mental health and continued to discuss the topic.

“The stigma (around mental health) is so bad that people jump off bridges and hang themselves rather than seek help. The stigma around it is that men can’t open up. In the UK right now, one man every two hours takes his life.”

Evan Singleton then talked about his experience, since he was locked away for three days on suicide watch after an attempt, which, as he says, is better then getting no help at all. Eddie Hall followed up on that.

Singleton also shared his thoughts on how mental health issues are a slow process, which many people don’t notice until it’s too late.

“You don’t wake up one day randomly and it’s like alright, I’m done. It’s a slow mental decline. Consistently getting worse and worse every day, feeling that you have nobody… Feeling like that day in and day out leaves you in some dark places.”

Evan Singleton turned 30-years-old just two months ago, so his prime Strongman years are just coming. He has been competing since 2018 and has taken part in 17 International contests so far. Singleton also has three victories to his name, as well as three World’s Strongest Man appearances. He has yet to get out of the group stage in those three WSM appearances, but it’s just a matter of time until he secures his place amongst the top 10.

Evan Singleton has always been known as a disciplined and persistent athlete, but almost no one knew what was going on in his head. However, seeing that he has managed to go through all of the mental health issues, Evan’s character is now as strong as ever. Furthermore, it is certain that his efforts will aid countless individuals globally who are struggling with their own challenges.