Larry Wheels is prioritizing his health and shared a lean yet ripped physique update to prove it. 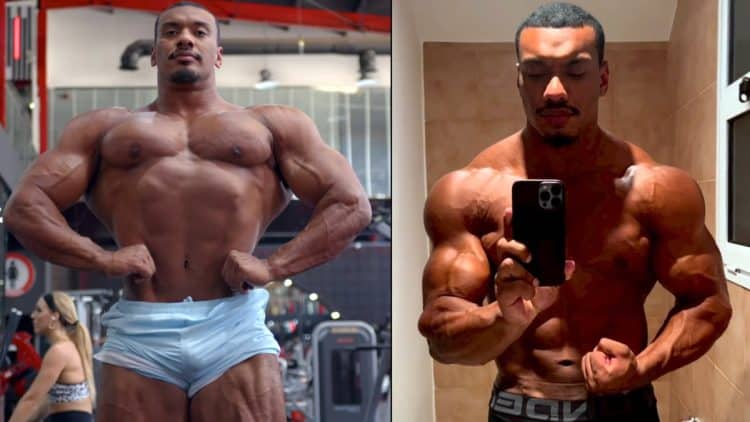 Powerlifter Larry Wheels has long established himself as one of the strongest men in the world. In a recent Instagram post, Wheels showed off his lean and ripped physique following one month of Testosterone Replacement Therapy (TRT).

Wheels is widely recognized for his wild feats of strength. While he has less experience competing as a strongman, no one can deny his uncanny ability to lift heavy weight. Recently, Larry suffered a back injury. As a result, he was forced to withdraw from his scheduled contest at the 2022 Middle East’s Strongest Man.

Larry is an open book in the fitness community. He doesn’t shy away from speaking on pressing issues like the use of steroids. He looked back on using Trenbolone recently, which he described as a ‘living hell.’ He added that Trenbolone is by far the worst steroid he’s ever taken.

Given the staggering number of bodybuilders dying in the industry, the trend prompted Wheels to address his health to ensure longevity. In June, Larry explained that he was trying to promote a healthier approach to using gear. At the time, he suggested to his fans that a “five-day blast” might be more advantageous than using compounds for months on end.

His commitment to his craft hasn’t waned despite changes to his protocols. He showed off his strength in the form of a massive 930-pound deadlift for three reps. He believes the lift was made possible thanks to his refined cycle. At the end of August, Wheels revealed that he was quitting steroids altogether, and would only be taking regular doses of TRT instead.

In a recent Instagram post, Larry Wheels shocked his followers with a trimmed down frame, striations, and impressive vascularity.

While Larry wouldn’t reveal exactly how much he was weighing, it’s evident that he’s trimmed down in size. He’s sporting a lower body fat percentage judging by the definition in his abs. Also, his face appears slimmer.

Even though Larry’s expertise is powerlifting, he developed an impressive reputation in the bodybuilding community. His work ethic is lauded, and was on full display recently, training with his close friend, rising Open bodybuilder Andrew Jacked. Before Jacked made waves in the IFBB Pro League, Larry was there to help the newcomer figure out the social media side of the sport.

Earlier this week, Larry and Jacked met up for a demanding biceps and shoulders training session. In addition to working with Andrew, Larry also joined Women’s Bodybuilding standout Helle Trevino for a brutal workout. They focused on developing mind-muscle connections while training their backs.

While Larry Wheels has taken a step back from using anabolic steroids, the powerlifter is still determined to push the pace inside the gym. Judging by his latest physique update, Wheels appears pleased with his frame and conditioning while using TRT.