IFBB Hall of Famer Levrone is the latest retired Pro to transform his physique, fueling speculation about a Masters Olympia comeback. 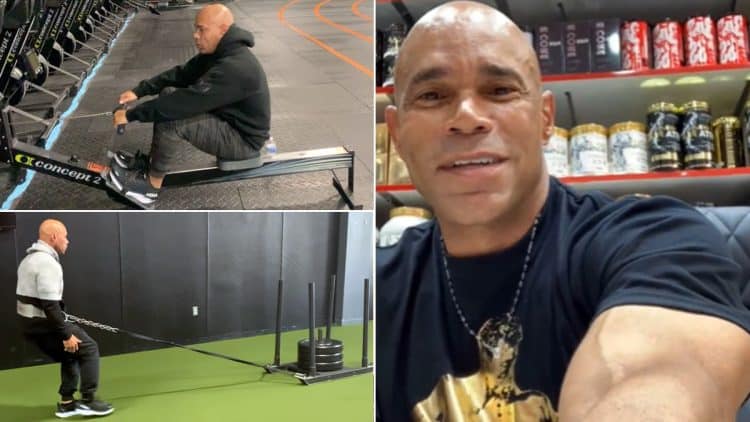 Kevin Levrone, a retired IFBB Pro bodybuilder, is sparking intrigue after announcing that he will be transforming his physique for the next 12 weeks. In a recent post made to Instagram, Levrone updated fans on his planned transformation, fueling speculation about a Masters Olympia comeback.

During his tenure, Levrone established himself as one of the best bodybuilders to come out of the 1990s. He shared the stage with a number of legends like, Shawn Ray, six-time Olympia winner Dorian Yates, and Flex Wheeler. While he wasn’t able to capture a Mr. Olympia title, he came incredibly close, having placed runner-up at the prestigious show on four occasions (1992,1995,2000,2002).

Levrone is a two-time Arnold Classic champion (1994,1996). He decided to step away from the sport in 2003 but did not officially announce his retirement. In 2016, Kevin announced his return and competed in the 2016 Mr. Olympia contest, at age 51, where he placed 17th.

In 2018, before competing in the Arnold Classic Australia, Levrone announced that this would be his last competition; he placed 13th.

In the past, Levrone has opened up about never winning a coveted Sandow trophy. Despite a meaningful relationship with Joe Weider, Kevin Levrone explained that politics played a role in preventing him from winning a Mr. Olympia title.

According to Levrone, he was never crowned champion even though he had the tools to become one. He believes winners were hand-picked, and that the Olympia brass favored Dorian Yates due to his influence on the European markets at the time.

And while his aspirations of becoming a Mr. Olympia champion appear to be extinguished, Levrone would be an ideal candidate for Masters Olympia, assuming the show returns next year as Olympia President Jake Wood has suggested.

In a recent post made to Instagram, Kevin spoke about his decision to transform his physique over the next 12 weeks.

“Levrone Report “Kevin Levrone Transformation 2023 Moving Athlete Training Day 2 of 12 weeks. Back in the lab with @myronflowers / @360fitperformance I’ll be posting my weekly training approach in real time so you can follow along.” Levrone wrote.

During the video, the bodybuilding veteran gave further details about his planned transformation. In the future, Levrone intends to provide his calorie intake, supplementation, and training sessions.

“Day two of this 12-week transformation is complete for me. I just got done going through this workout. I’m going to post everything for you guys. Just check this clip out.

Meanwhile, I’m going to be posting also about my nutritional content that’s I’m taking in — my calories, my supplementation, this is something personal my 12-week journey. I hope you guys follow along so you can get off the sofa and get in shape too,” Levrone explained in his video post.

Levrone isn’t the only veteran of the sport to kickstart a transformation recently. Earlier this year, Australia’s Lee Priest decided to get back into shape. In April, he provided his followers with a promising update, showcasing his massive biceps development. Lee hasn’t confirmed a comeback but won’t rule it out as a future possibility.

Dexter Jackson, the last Masters Olympia winner from 2012, has maintained a spectacular physique since retiring. “The Blade” shared an impressive update this week and looks lean and healthy at 52 years old. He’s made no mention of a comeback, but many believe he would fit right in at Masters Olympia given his decorated résumé.

Fans have also been discussing four-time Mr. Olympia Jay Cutler‘s chances of a potential comeback at 49. After annihilating a chest workout with influencer ‘Lexx Little,’ Cutler finished with a posing session.

Before he knew it, Jay’s physique went viral, with fans taken aback by his excellent conditioning and vascularity. However, Cutler quickly squashed any rumors about a Masters Olympia return and revealed that he’s doing this transformation to look his best since retiring in 2013.

At the time of this writing, Levrone has not specified whether he will entertain a comeback to professional bodybuilding. Despite being 58 years old, it doesn’t appear Kevin will be slowing down anytime soon.