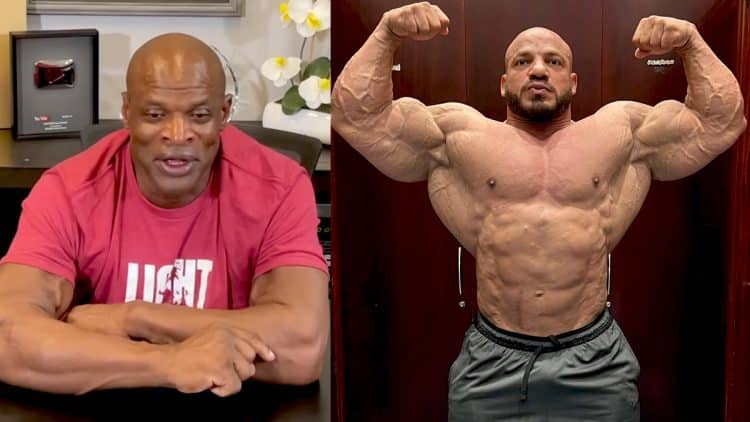 Bodybuilding legend Ronnie Coleman is widely considered to be one of the best bodybuilders of all time. He has long moved on from competition but still loves the sport. In a recent video posted on his YouTube channel, Coleman shared his thoughts on ‘Big Ramy,’ backing him to win the Mr. Olympia title for the next three to four years.

The Men’s Open division hosts some of the freakiest mass monsters in the world. When Coleman made his way onto the stages of Olympia, he brought size and muscularity that made him stand out. Just like Coleman, defending two-time Mr. Olympia Mamdouh ‘Big Ramy’ Elssbiay used his size to blow his competition out of the water over the past few years.

Preparations for the biggest show of the year are heating up. On top of that, more up-and-coming prospects like Andrew Jacked have emerged as possible threats. After earning his Pro card in March, Jacked already secured two first-place finishes at the 2022 Texas Pro and the Arnold Classic UK contest.

Besides Jacked, Michal Krizo has put the division on notice despite not having his Pro card yet. Krizo received high praise from iconic bodybuilder Jay Cutler, who agreed with veteran Milos Sarcev that Krizo has a complete package.

In a recent video uploaded on his YouTube account, Coleman shared his take on Big Ramy. He believes that Ramy will defend his throne and likely win the Mr. Olympia contest for the next few years.

“I got a lot of respect for Big Ramy because he is a big guy who trains hard, works hard, is truly dedicated to his craft and I think he’s probably going to be the Mr. Olympia for the next at least 3-4 years because ain’t nobody out there probably going to catch him on size. He is just too far ahead of everybody right now. So, Big Ramy is the man.”

Ronnie Coleman had previously shared his thoughts on 2022 Mr. Olympia, scheduled for Dec. 15-18 at Planet Hollywood Las Vegas Resort & Casino in Las Vegas, Nevada. According to the eight-time Olympia winner, not much will change between Brandon Curry, Big Ramy, and Hadi Choopan. In addition, he extended his support for 212 Olympia winner Derek Lunsford and Nick Walker, both of whom he believes could be wild cards at the show.

Big Ramy has been looking better than ever with just over 11 weeks until the contest. He recently showed off his gigantic build in a physique update where he tipped the scales at 337.7 pounds. He has mentioned his desire to retire after one more Olympia contest next year (2023). However, Coleman believes Ramy has the tools to retain the title for another three or four years.

You can watch the full video below

How To Do The Shoulder Press (With Band): Tips, Benefits, Variations, Alternatives, Sets and Reps