Zane warned athletes about adding too much size and offered a tip for a more symmetrical look: 'building mass to extremities like calves and forearms helps.' 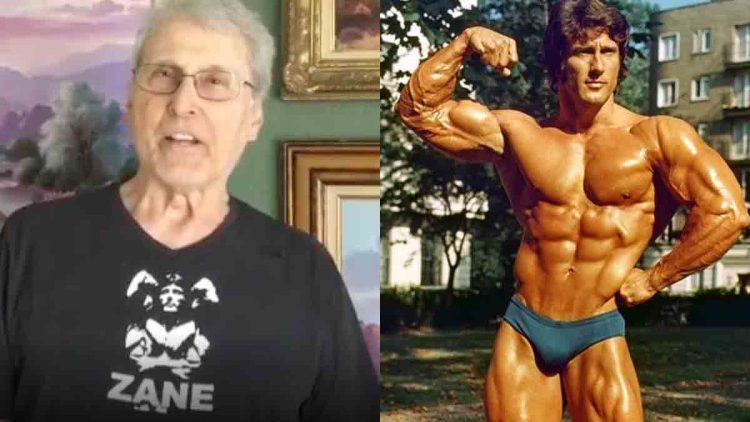 Frank Zane, a three-time Mr. Olympia winner (1977,1978,1979) is calling out modern bodybuilders who are too focused on adding size. In a recent Instagram post, Zane warned athletes to stop worrying about the scale because it can ruin their symmetry and proportions.

During the Golden Era of bodybuilding, Frank Zane was known for his comprehensive approach to the sport. Whether it was an adequate tan, tortuous posing routines, training sessions, or a diet, ‘The Chemist’ had the answer. He shared the stage with countless IFBB icons like Arnold Schwarzenegger, Franco Columbo, and Robby Robinson during his time competing professionally.

At 80 years old, Zane’s accolades and résumé hold up to this day. In his spare time, the bodybuilding legend likes to share some of the secrets he used to find success on stage. He also collaborates with other athletes in the sport, like Mike O’Hearn. They joined hands to showcase an unconventional workout that often went under the radar when Zane was competing.

A few months ago, Lee Labrada, a four-time Olympia runner-up, gave his thoughts on the current Men’s Open division, which includes his son, Hunter Labrada. According to Lee, he believes symmetry, balance, and proportions have been tossed to the side in the Open class. Zane shared a similar sentiment recently and voiced that the problem could be corrected if bodybuilders stopped focusing on the scale.

Frank Zane on Improving Aesthetics: “Do Not Be In Such A Hurry to Gain Weight”

Mass certainly has a place in bodybuilding, but Zane believes athletes are sacrificing symmetry and proportions because of it.

“Do not be in such a hurry to gain weight that you ruin your symmetry and proportions. Weight gained quickly goes primarily to big muscle groups like thighs, butt, pecs – all centrally located. Building mass to extremities like calves and forearms helps with a more aesthetic look.” wrote Frank Zane.

While some thought Mamdouh ‘Big Ramy’ Elssbiay‘s reign as Mr. Olympia was a sign that size was here to stay, the 2022 Olympia contest concluded with a pair of former 212 athletes (Derek Lunsford and Hadi Choopan) taking first and second place. As a result, many in the bodybuilding community believe the judging criteria has shifted to favor those with conditioning, balanced proportions, and symmetry.

This year’s 2023 Arnold Classic is approaching from March 2-5, and will take place in Columbus, Ohio, where fans will find out if another 212 athlete can out-perform a slew of Open competitors. The anticipation surrounding the contest grew last week after the organizers announced the new prize money for the Open class champion jumped to $300,000.

Two-time 212 Olympia Shaun Clarida will compete at his first Arnold Classic with the hopes of defeating mass monsters Samson Dauda and Nick Walker. Meanwhile, another former 212 Olympia titleholder in Kamal Elgargni will test his Open class mettle once again after making his debut in the category at the 2022 Tampa Pro competition.

RELATED: Frank Zane Talks Bodybuilding Deaths and If Mike O’Hearn Is Natural: ‘A Lot of People Don’t Admit It’

In a sport as competitive as bodybuilding, Zane blended as many principles as possible to dominate the stage. Moving forward, he hopes the IFBB Men’s Open division continues to move away from size in favor of more aesthetic qualities.