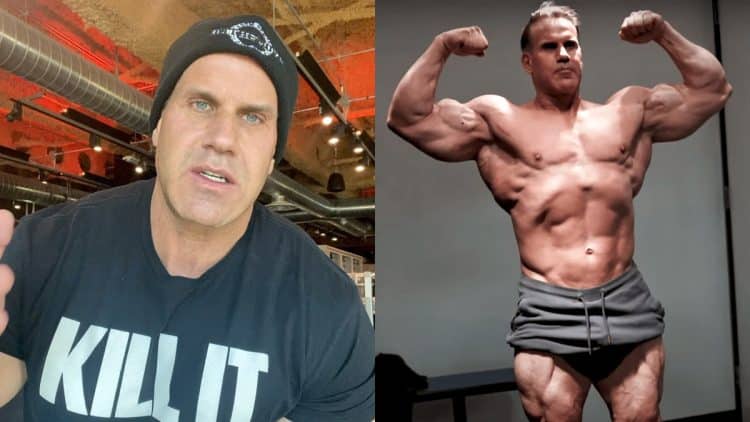 Show us a person that says he never desired to have an impeccable six pack abs and we’ll show you a liar! Having a shredded midsection is probably the most valued vector of a person’s fitness level. While aesthetic appeal is a reason most people strive for abs, having a strong core is of utmost importance. Weak core muscles often lead to poor posture, injuries, lack of endurance and fatigue. Therefore you should give abs / core exercises equal importance as other muscle groups. Bodybuilding legend Jay Cutler recently shared ab exercises you need to do.

Cutler is a retired bodybuilder that won the Mr. Olympia crown four times. He was involved in a fierce rivalry with the legendary Ronnie Coleman. After years of trying, Cutler dethroned Coleman in 2006 and won the title in 2007, 2009 and 2010 as well.

Jay Cutler has significantly downsized in retirement. Bodybuilding is a demanding sport that has taken a toll on many bodybuilders’ health. However, Cutler is one of the few bodybuilders that walked away from the sport relatively healthy. The 49-year-old attributes this to his tendency to listen to his body.

Cutler remains a popular name among bodybuilding fans and routinely shares bodybuilding content on his YouTube channels. Through his podcast, Cutler stays connected with the ongoing events in the sport. A few months back, he also shared his steroid cycles.

Recently, Jay Cutler shared three most important exercises for abs in an Instagram video. So without further delay, let’s check out what Cutler recommends for building shredded abs.

Referencing to the three exercises he was about to share, Jay Cutler stated:

“These are the hardest but they bring out the most abs. Focus on 15 to 20 repetitions. Remember, weights aren’t always needed for these movements.”

With that, Cutler jumped right into the exercises:

This classic abs exercise needs no introduction. Sit-ups are done by lying on the back and then raising the torso to contract the abdominal muscles. This exercise primarily works the rectus abdominis, transverse abdominis, oblique as well as hip flexors, neck and gluteal muscles, albeit to a lesser degree.

Sit-ups are a simple and effective exercise that does not require an elaborate set-up or equipment to perform. People of every fitness level can incorporate this into their training routine and those at the advanced levels can always adapt the variations that make the exercise that much difficult. Not surprisingly, this traditional ab exercise is the first one on Jay Cutler’s top three ab exercises’ list.

Rope / cable crunches are an ab exercise that simply cannot be replaced by any other movement. The rectus abdominis is again the primary target muscle here.

However, cable crunches are an effective way not only to build the six-pack abs but to also to forge a strong core that can provide support to your back and improve posture. As a result, this exercise makes it into Jay Cutler’s list of top three ab exercises.

The most dreaded ab exercise in Jay Cutler’s books, the hanging leg raises are a bodyweight movement used to build the muscle and strength in the abs of the core. The specific variation with straight legs is ideal for people who already have decent core strength.

However, beginners can start with simpler variations to eventually work their way up to the hanging straight leg raises. This exercise completes Jay Cutler’s list of three ‘must do’ ab exercises.

Jay Cutler has amassed bodybuilding knowledge after decades worth of intense training and learning process. That’s precisely why there is no harm in incorporating these exercises in your training routine and seeing the results over time.