'The Mutant' is coming for his second Arnold Classic title; he annihilates a chest and biceps workout to start the journey. 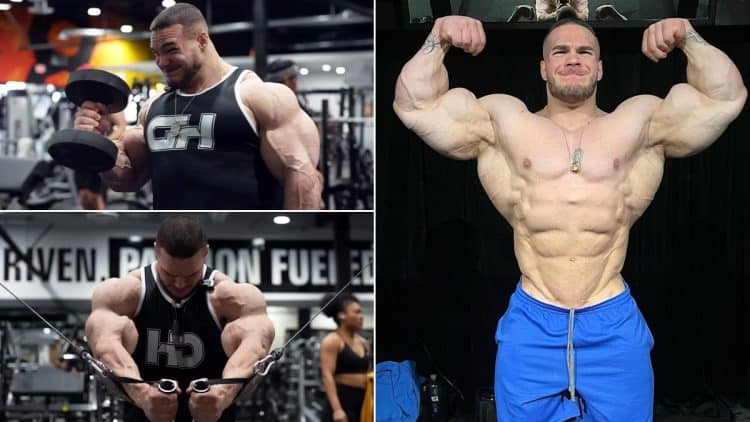 The Mutant took time off to improve his physique and returned with a bang at the 2022 Olympia. He dominated the center stage along with Hadi Choopan and Derek Lunsford from the pre-judging round to the finals. The incredible performance earned the New Jersey native third place at the 2022 Olympia behind Choopan and Lunsford.

Recently, Walker announced he would participate in the 2023 Arnold Classic and started preparing for the show seven weeks out. He performed a chest and biceps workout with training partner Mark Anthony as a part of this prep. Anthony is the first-ever Men’s Physique Olympia champion and won the inaugural title at the 2013 Olympia. Anthony walked away from the sport in 2017 but remains active in the gym. Walker shared the video of this session on his YouTube channel. So without further delay, let’s take a closer look at the detailed account of this training session.

Walker and Anthony started the training session with the pec deck fly. According to an ACE-sponsored study, pec deck flyes are the second most effective exercise for chest muscle activation after the barbell bench press. Although many people tend to form their chest training routine around pressing movements, flyes are equally important.

The pressing movements improve the pushing strength, and flyes improve the ability to adduct the chest. The duo performed a few sets of pec deck flyes and jumped into the next exercise. 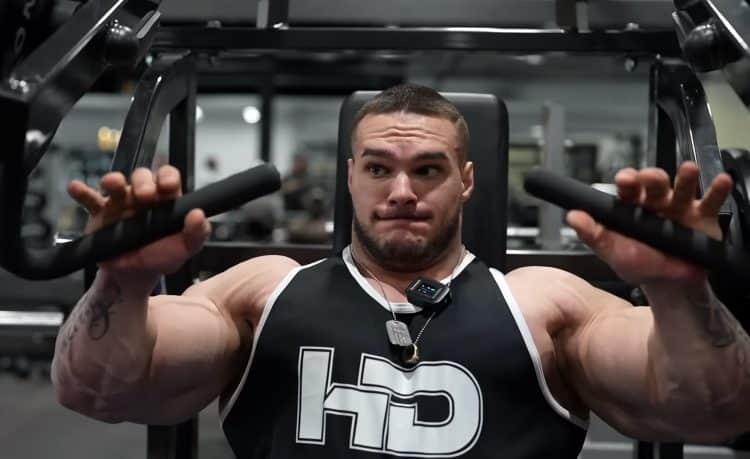 The training partners performed the machine chest press next. Walker worked his way up to the top set with four plates on each side. He then performed a drop set and followed it up with a back-off set with two plates on either side. 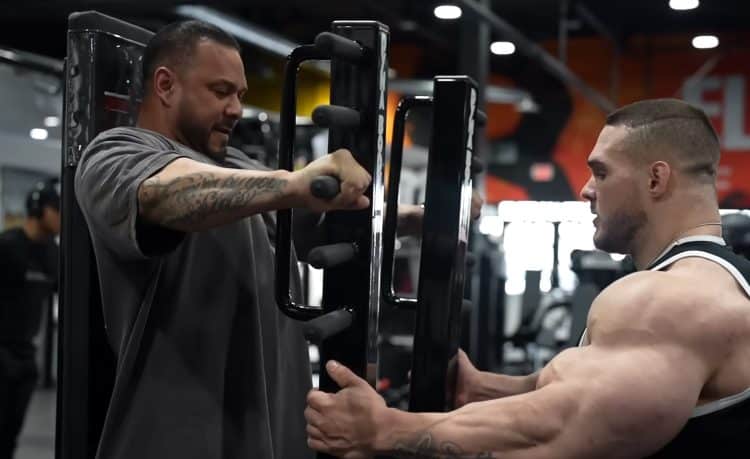 The bodybuilders next took to this exercise on the Dynabody chest press machine. The machine has four handles on different levels to mimic the incline, flat, and decline chest press and train the pecs from different angles.

The 2021 Arnold Classic champion and his training partner cranked out some solid sets of standing chest presses and jumped into the next movement. 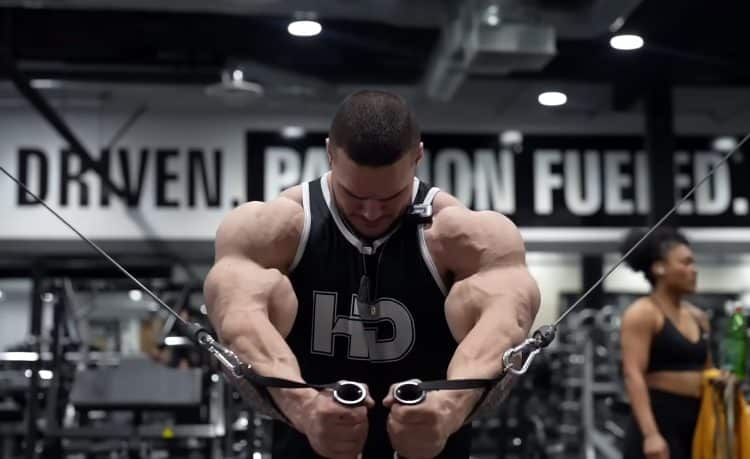 Walker and Anthony performed dips first. While it is primarily a triceps movement, you can modify dips to emphasize the chest. The duo superset this movement with the cable crossover. While most people see it as another movement for getting a pump at the end of the workout, cable crossovers are one of the most effective in activating pectoral muscle fibers.

Walker and Anthony pushed each other to finish this superset before moving on to the final chest exercise.

Walker wrapped up the chest workout with a few sets of machine chest presses and jumped into the biceps workout. 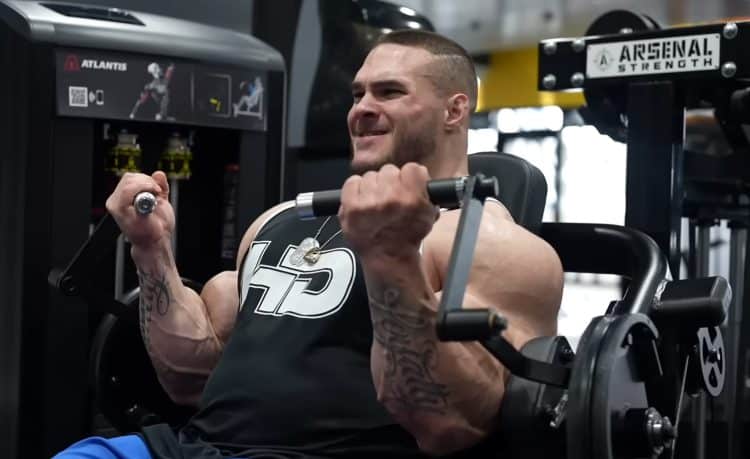 Walker and Anthony started the biceps workout with machine biceps curls. They used the Atlantis biceps curls machine for the exercise and pushed through some solid sets.

The duo took to this curl variation next. Cable machines keep the muscles under tension for longer and hence help bring about hypertrophy. Walker and Anthony performed a few sets of this exercise and took to the final biceps exercise. 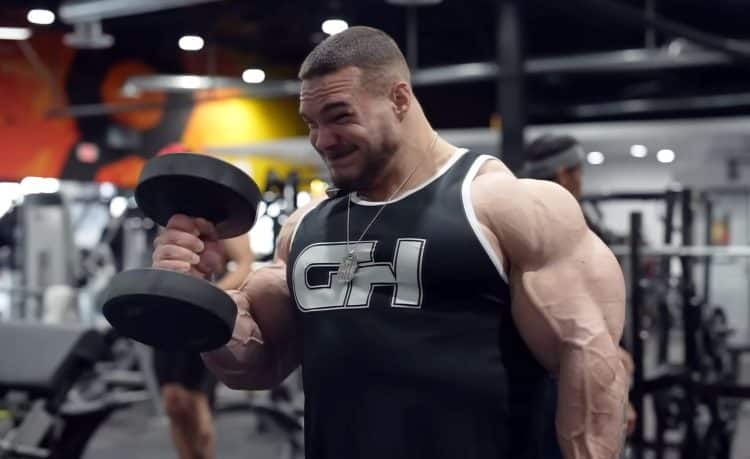 Walker and Anthony next took to the good old dumbbell hammer curl for stimulating the brachialis, brachioradialis, and biceps brachii. The training partners annihilated some solid sets of hammer curls and wrapped up the biceps training routine.

At the end of the workout, the bodybuilders put in a little bit of shoulder work to achieve a pump. They performed a few sets of machine lateral raises and called it a day.

Walker has become a top contender in the Men’s Open division relatively quickly. His improved standing on the Olympia stage is proof of his potential and hard work. Winning the second Arnold Classic title will further Walker’s legacy. Additionally, he will have the momentum on his side heading into the Olympia prep as Arnold Classic is the first major pro show of the year and the second most prestigious bodybuilding competition. It will be interesting to see if Walker can take his game to the absolute top in 2023.

You can watch the full workout video below, courtesy of Nick Walker’s YouTube channel:

What To Mix With Protein Powder — 26 Delicious Options