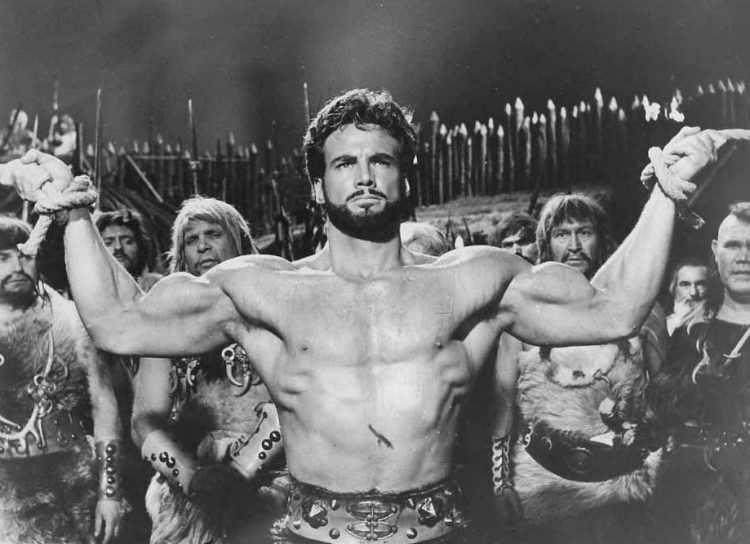 Stephen L. ““Steve” Reeves was born on January 21, 1926, born in Glasgow, Montana. He is a former American bodybuilder, actor, and philanthropist.

He developed an interest in bodybuilding when he was in high school. After his graduation from high school h was selected in the military and served in the Philippines during World War 2.

After his military career, he won AAU Mr. America in 1947 and developed an interest in acting. He learned acting under Stella Adler, but due to some disputes, he got his tuition fee back. He was selected by Cecil B. DeMille for the lead role in his movie Samson and Delilah, where he was to train hard to look convincing in camera. For that, he has to lose 15 pounds of weight, but he didn’t want to do that because then he can’t take part in bodybuilding competitions.

In 1949, acted in a movie called Kimbar of the Jungle and won Mr. Universe title the next year. In 1954 he got two small roles in films Athena and Jail bait. These are the only two movies of his career in which his own voice is used. In his remaining acting career, he worked in Italian films where the dialogue and sound effects were added after the production of the film. Steve guest starred on some TV shows including The George Burns and Gracie Allen Show and ABC sitcom where’s Raymond?

He went to Italy in 1957 and worked in Pietro Francisci’s Hercules. This was a comparatively low budget film, in which he got the lead role of Hercules. This movie became a major box office success earning $5 million in the US (released in 1959). The success of this film led to its sequel Hercules Unchained.

He promoted drugs free bodybuilding and bred horses. In 1990 he bought a ranch in Valley Center, CA.