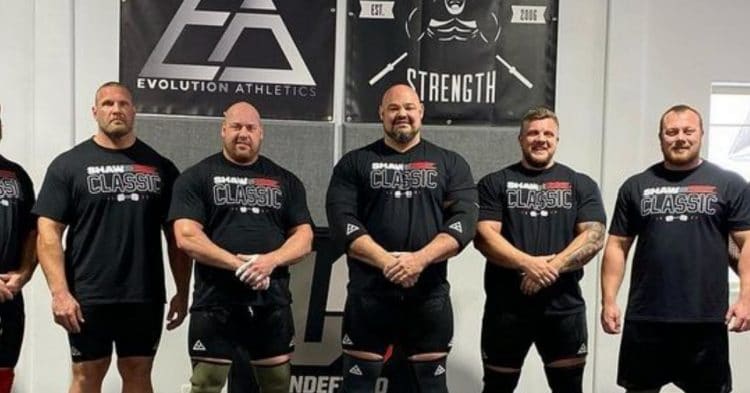 With the inaugural Shaw Classic being such a success, it is no surprise that Brian Shaw wants to do it again Now he unveils the list of athletes who will compete this year, and how much money they are competing for.

The 2020 Shaw Classic was Brian’s attempt to give back to the strongman community. He put up $25,000 of his own money towards the contest, while hosting the event and getting sponsors for the equipment.

In the end, Brian would win the event, in an ironic fashion. However he would not collect any prize money, instead diving up what would end up being about $54,000 total, among the other athletes on the roster.

It seems that he will be doing the same thing for the 2021 Shaw Classic, as he explained in a recent YouTube video. Here the four-time World’s Strongest Man winner revealed that he will again be competing, this time putting $50,000 of his own money up for grabs.

“This year I am putting up $50,000 of my own money to start the prize pool for the athletes. In addition to that, I will be competing… but just like last year, I will not be taking any of the prize money,” Shaw explained.

“My goal is to start with that $50,000 and increase it. We have a lot of plans to do that, and I’m very excited about that. We’ve got to put in a lot of hard work and make it happen, but we’re going to make it happen.

“With anything that I do, I love to go in a hundred percent, and I’m really excited about the Shaw Classic and where we can go with this.”

Aside from the prize money, Brian also revealed the current athlete lineup for the 2021 Shaw Classic, which goes down October 29-30th. Rather than the 10 names he had competing last year, Brian decided to expand the contest to 16 this time around.

“Last year we have ten competitors and going through making my notes on every single guy, I decided we needed to increase the athletes to sixteen total this year.

“That obviously increases our cost for the contest, but I felt like with the talent that we have right now, at the top level in strongman, this was the right way to do it, was to get a bigger selection of athletes.

“Also we will be increasing the number of events as well.”

Of course, as we saw last year, this can end up changing, but here is who is signed up for the contest:

Shaw also explains that he reached out to Martins Licis about competing at the Shaw Classic, but got no response.

Which athlete are you looking forward to seeing at the 2021 Shaw Classic the most?