According to Dennis James, two-time 212 Olympia Shaun 'The Giant Killer' Clarida will be competing in the Open at the 2023 Arnold Classic in March. 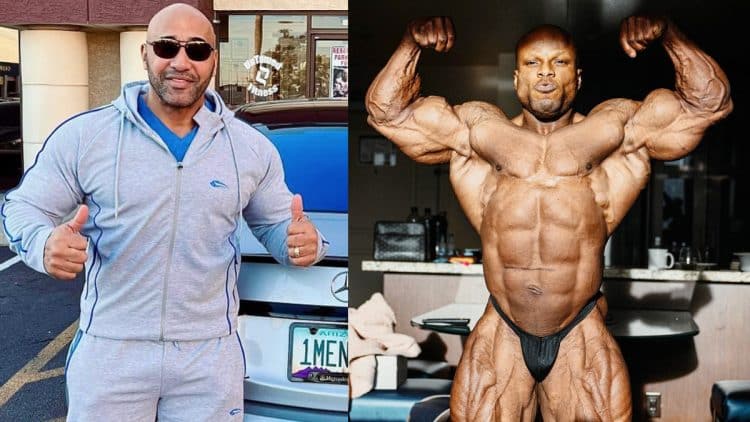 In less than 10 weeks, the bodybuilding season kicks off for the new year. During Dennis James’ latest podcast, he revealed that Shaun Clarida will be competing in the Men’s Open division at the upcoming 2023 Arnold Classic in March.

“This guy is a dangerous Open competitor. He can out-condition people and that’s going to hurt somebody,” Dennis James said regarding Shaun Clarida competing at the 2023 Arnold Classic.

Clarida earned the highest honor in bodybuilding back in 2020, when he made history by becoming a 212 Olympia titleholder. At the event, he managed to thwart the defending champion, Libya’s Kamal Elgargni from winning a second title. He also defeated the late George Peterson and former 212 Olympia winner Derek Lunsford, who recently earned runner-up at 2022 Mr. Olympia in the Open class after accepting a special invite.

At 2021 Olympia, Clarida failed to defend his title successfully and lost to Derek Lunsford. Using the defeat as motivation, Clarida tried his hand competing in the Men’s Open division. He won his Men’s Open debut at the Legion Sports Fest Pro, and defeated athletes who outsized him dramatically, like Regan Grimes and Segio Oliva Jr. This victory earned Clarida the nickname ‘Giant Killer.’

While some fans and bodybuilders like Iain Valliere suggested Clarida would try the Open at Olympia a few weeks ago, it never happened. Days after the speculation, Clarida said unless the news is coming directly from his mouth – take it with a grain of salt.

In Nov., Clarida announced he would compete in the 212 division at 2022 Olympia. He brought one of his best packages ever, and many thought he dominated the contest with freaky muscularity and conditioning. Some athletes are taking a break after Olympia, but that doesn’t appear to be the case for Clarida.

Dennis James: ‘I Heard’ Shaun Clarida Is Doing The Arnold; ‘He Can Out-Condition People’ At The Event

According to a rumor from Dennis James, he believes Shaun Clarida will be competing in the Open at the 2023 Arnold Classic at the beginning of March.

Following the 2022 Olympia, many fans believe the judging criteria has shifted. Given that Derek Lunsford and Hadi Choopan were both former 212 competitors as well as in the top two, perhaps the Mr. Olympia competition is starting to favor conditioning, balance, and symmetry over size. If that is the case, then Shaun Clarida has the tools to shake up the division moving forward.

Over the last year, Shaun has tested his strength against other Open class standouts outside of bodybuilding events. Months ago, he joined forces with Brett Wilkin for a punishing push-day workout, where they focused on building the chest and shoulders.

Garnering comparisons to eight-time Mr. Olympia Ronnie Coleman, Clarida is revered for his compact strength standing at 5″2′. His power was on full display recently after smashing 160-pound dumbbell chest presses for reps as well as a 405-pound incline bench press for 16 reps.

While roster information is limited, fans can also expect to see sixth-place 2022 Olympia finisher Samson Dauda at the upcoming Arnold Classic. Should Shaun Clarida make a formal announcement about the 2023 Arnold Classic, Fitness Volt will keep you updated on the story.