Former 212 champion Clarida is dismissing any rumors about him competing in the Open at Olympia and says he's waiting to hear if he can compete in both divisions at the upcoming show. 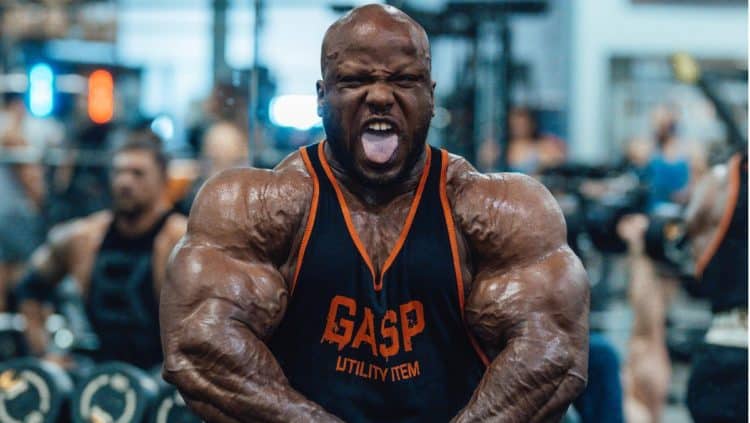 Qualified for Olympia in the Open class and 212 bodybuilding, Shaun Clarida has yet to reveal which division he will compete in at Olympia this December. In a recent Instagram post, Clarida dismissed rumors that he chose to compete in the Open and revealed discussions are underway to compete in both divisions at 2022 Olympia.

Shaun Clarida reached the top of the 212 class with an incredibly conditioned and proportional physique. His compact frame allows for fullness that is rarely seen in IFBB Pro League competitors. Clarida won the 212 Olympia title in 2020, defeating 2019’s Olympia 212 champion Kamal Elgargni. Similar to Clarida, Elgargni also ventured into the Open class and made a successful debut at the 2022 Tampa Pro last weekend, where he took second place behind winner Akim Williams.

Clarida made his Men’s Open debut last year at the 2021 Legion Sports Fest Pro. He earned the nickname “Giant Killer” after defeating top talent in the class like Regan Grimes and Sergio Oliva Jr. As a result of this victory, he earned an invitation to compete in the Open at 2022 Olympia.

He competed at 2021 Olympia last year but lost to 212 champion Derek Lunsford, who is also mulling over a switch to the Men’s Open division. With a lifetime invitation for 212 Olympia following his 2020 victory, Clarida can pick which class he wants to compete in since he also was successful at the Legion Sports Fest contest last year.

In a recent video on the Olympia TV YouTube channel, Open class competitor Iain Valliere suggested that Shaun planned to do the Open, adding that he was fairly certain with a “92%” chance.

“Well, yeah and Clarida is doing the Open as well. So you have the two guys ahead of you out of the mix now. So that’s a wide open division.” Iain Valliere said on the Olympia TV YouTube channel.

“To my understanding, if he’s qualified in both, his choice is to do the Open. Don’t quote me on that, but I’m 92% sure.”

However, it appears Clarida is shooting down those rumors judging by his latest post on social media. The 212 champion also made it clear that he is in talks to compete in both the 212 and the Open at 2022 Olympia later this year.

In a post made to Instagram, Clarida said unless you’re hearing Olympia news straight from his mouth, assume it’s “fake news.” Shaun clarified that the option of performing in both divisions is not ‘off the table.’

“LET ME CLEAR THE AIR…

I’ve have NOT announced or made a decision on whether I was doing either 212 or Open at the Olympia. And the option of doing both is not off the table, as I’m awaiting the final decision from the IFBB and the committee on that.

So unless it comes directly from MY mouth, it’s all #FAKENEWS” Shaun Clarida wrote on Monday.

Shaun has reached out to Jim Manion and Jake Wood before about competing in both divisions at Olympia. Clarida understands the decision ultimately boils down to the federation’s rules. The uncertainty hasn’t deterred Shaun from his usual intense training methods. He didn’t hold back during his off-season and showcased incredible strength while crushing some 160-pound dumbbell chest presses for 15 reps.

In addition to training rigorously, Shaun has prioritized his health this year. At the beginning of 2022, he provided fans with a health and physique update. After examination, medical professionals found no plaque buildup within the arteries of his heart.

Clarida stressed in his latest post that he’s yet to make a decision on which division he will compete in at 2022 Olympia. As of this writing, talks with the IFBB Pro League are ongoing in regard to him competing in both the Open and 212 division at Olympia later this year.

Bodybuilder Nick Walker is set to challenge for the 2023 Arnold Classic title, scheduled for Mar. 2-5 in Columbus, Ohio....

It's all business for reigning two-time 212 Olympia Shaun Clarida at the upcoming 2023 Arnold Classic in Columbus, Ohio, from...