Cutler shared his top contenders for the nearing Olympia and picked Andrew Jacked as his Bodybuilder of the Year. 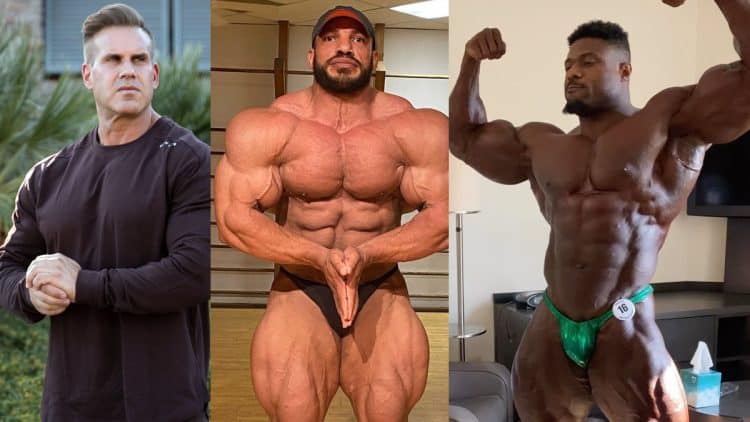 Bodybuilding icon Jay Cutler enjoyed a successful run at the top winning four Sandow trophies before deciding to step away from competition nearly a decade ago. In a recent video uploaded to his YouTube channel, Cutler shared his prediction for the top finishers at the 2022 Mr. Olympia and revealed his Bodybuilder of the Year.

With the Olympia set to go down this weekend, the anticipation has never been higher. Defending two-time champion Mamdouh ‘Big Ramy’ Elssbiay goes into the contest as the favorite to retain the title and add a third trophy under his belt. He will face intense competition from the ever-consistent Hadi Choopan and rising prospects Michal Krizo and Andrew Jacked.

212 champion Derek Lunsford’s addition to the Men’s Open category injected a ton of excitement for the show. He has received major backing from former Olympia champion Samir Bannout and legendary bodybuilder Ronnie Coleman, who believes Lunsford will be the biggest threat to Ramy this year. Bannout expressed a similar sentiment suggesting Lunsford will shake things up.

Having narrowly missed out on the top prize last year, former Olympia victor Brandon Curry will look to create history by reclaiming the title. He finished runner-up at the 2021 Olympia behind the dominant Big Ramy.

Grizzled veteran William Bonac is another top contender who can pose a tough challenge to Ramy. Chad Nicholls, Ramy’s coach, believes Bonac has the potential to dethrone Ramy and will push him to the limits on stage alongside fellow Open division standout Nick Walker. According to Nicholls, Bonac or Walker could surprise the world if they bring a package with enough “freaky compact muscle.”

Slovakian bodybuilder Michal Krizo has emerged as one of the most promising prospects. He turned in a stellar season after switching to the NPC. He kicked things off with a win at the 2022 Amateur Olympia Italy to earn his IFBB Pro Card. A few weeks after the win, Krizo dominated his competition at the 2022 EVLS Prague Pro to secure his invite to the Olympia in the same season he joined the league. With momentum on his side, Krizo has the potential to shock everyone at the contest.

Jay Cutler shares his prediction for the 2022 Mr. Olympia

In a recent video uploaded to his YouTube channel, Jay Cutler shared his prediction for the top finishers at the 2022 Olympia.

“A hell of a lineup this year. I think Ramy is going to repeat. Brandon has a really good shot too. Brandon’s looking good. I didn’t see what he looked like peeled down but I think those two honestly are going to be your top. Brandon could do the impossible and get the title back like I did. Hadi and William are going to battle for third and fourth. They compare well. But then after that, it’s a crap shoot. You got Walker, Hunter, Derek Lunsford; those guys too.

“We had a conversation about Michal Krizo, who we haven’t seen against anyone but he’s not a small guy. He looks in really great shape. He could stir it up a it, he could be a wild card. Then you got Andrew and Iain, those guys are going to be very problematic. There’s just so many great talented guys.

“I’m sure I’m forgetting some people but where does the Walker and Hunter battle end up? There’s a question and does Blessing actually crack in there. Akim Williams, he’s been sixth before.”

Cutler backed Andrew Jacked as his Bodybuilder of the Year

Jay Cutler heaped praises on Andrew Jacked for his performances this season and backed him as the Bodybuilder of the Year.

“If Andrew Jacked was shredded, shredded, he might be very dangerous to crack the top spot. I’m not so sure after seeing him in UK that he’s going to shock the world from the back side… Him and Krizo are phenomenal.

“I would give it to Andrew as bodybuilder of the year. For Michal to switch and get Pro card and earn the Olympia invite, that’s never been done.”

Last month, Jay Cutler joined Milos Sarcev to give their analysis of the Open lineup for the nearing Olympia. They both agreed on William Bonac’s chances to improve his standing and argued he could trump Hunter Labrada, who placed ahead of Bonac at fourth in the last edition.