66-kilogram powerlifter Panagiotis Tarinidis is aspiring to become the greatest. 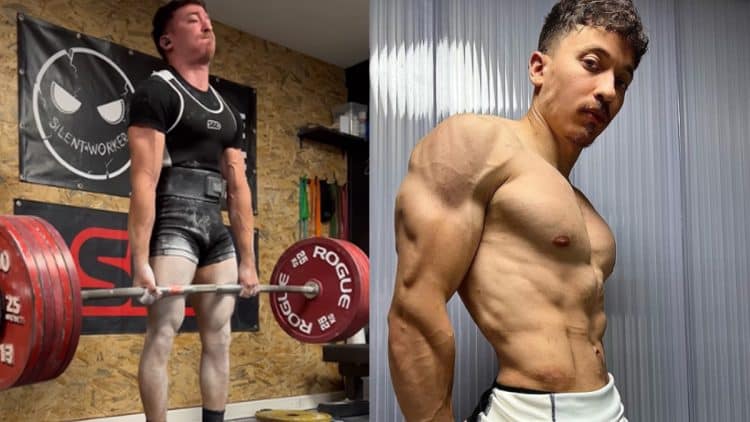 It is becoming well known that France’s powerlifting athletes are some of the best in the world, just as Bulgaria was renowned for being one of the top nations in Olympic weightlifting. Owing the majority of its fame to Lya Bavoil and Tiffany Chapon, France has now gotten another incredible athlete in the form of Panagiotis Tarinidis. Panagiotis competes in the 66-kilogram weight class, where he will likely become a World Champion and claim some IPF World Records.

Panagiotis Tarinidis started his training session with a massive 270-kilogram (595.2-pound) squat, which looked like his absolute max. His second lift of the session was the 167.5-kilogram (369.3-pound) raw bench press.

To round up the Total, Panagiotis Tarinidis loaded 282.5 kilograms (622.8 pounds) on the bar and managed to deadlift it successfully. Panagiotis once again pushed himself to the limits for this feat of strenght, so it looked like he couldn’t load any more weight. His style of deadlifting was conventional, while he also used a mixed grip.

According to a rough translation of Panagiotis Tarinidis’ Instagram caption, he intends to make this record official on September 24th. So, he will obviously take part in some kind of competition and it could be his greatest performance yet.

Panagiotis Tarinidis has already taken part in 18 sanctioned powerlifting competitions and came out victorious in eight of them. In spite of the fact that he just recently competed in the 2022 IPF World Classic Powerlifting Championships and finished in a very credible fifth place, he is now unofficially breaking World Records and is approaching peak fitness.

Panagiotis Tarinidis’ rise to greatness may appear sudden, but it has taken him years of effort to reach this level. Nevertheless, it appears that he will reap the benefits of his efforts as a World Record is well within his reach. Furthermore, if Panagiotis continues to progress as he has in the past few months, there will be no stopping him.