Life and accomplishments of Lauralie Chapados. 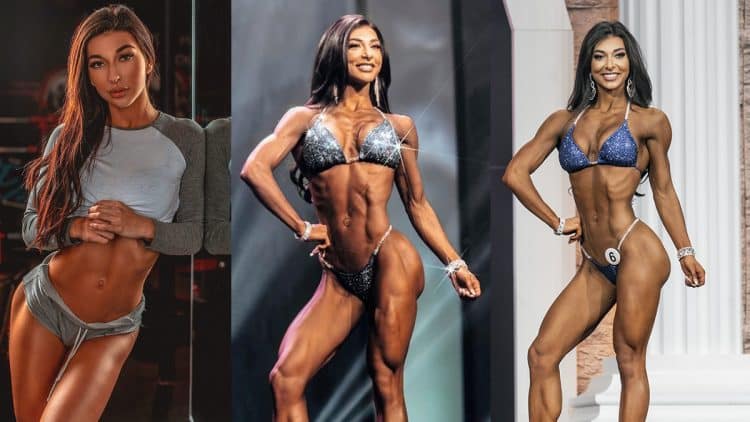 Lauralie Chapados is a Canadian fitness model, competitive bodybuilder, and an IFBB Pro athlete, competing in the bikini division. Chapados won the Bikini International title at the 2022 Arnold Classic, the second-biggest bodybuilding contest after the prestigious Mr. Olympia. This is her complete profile, biography, and more.

Lauralie Chapados was born in Québec, Canada. She had an active childhood, and her parents encouraged her to participate in sports. Growing up, Chapados took up soccer, skiing, and jiujitsu, with soccer being her first preference.

The 2022 Bikini International champ has previously revealed that she had a lean physique in her younger years and had abs at the age of eight, which made her stand out.

Things started to change for the Canadian when she entered her teens as she became a little less active and started going out more. Before she realized it, drinking and partying had become a part of her lifestyle, and she started feeling and looking worse with every passing week.

However, it wasn’t long before Chapados regained perspective and decided to make amendments.

After a night of partying, the Québec native realized she was ruining her health. Without wasting any more time, Chapados bought herself a gym membership and gave up the nightlife for a fit life. And by how it is going for her, it’d be safe to say that she made the right choice.

“I started to read internet articles about getting in shape. I really wanted to get muscles and get fit. It was really a 180-degree transformation. I went from going out and drinking with friends every weekend to going to the gym twice a day.”

Thanks to her genetics, Chapados didn’t have to wait too long before noticing gains. Her improved physique motivated her to push harder in the gym. 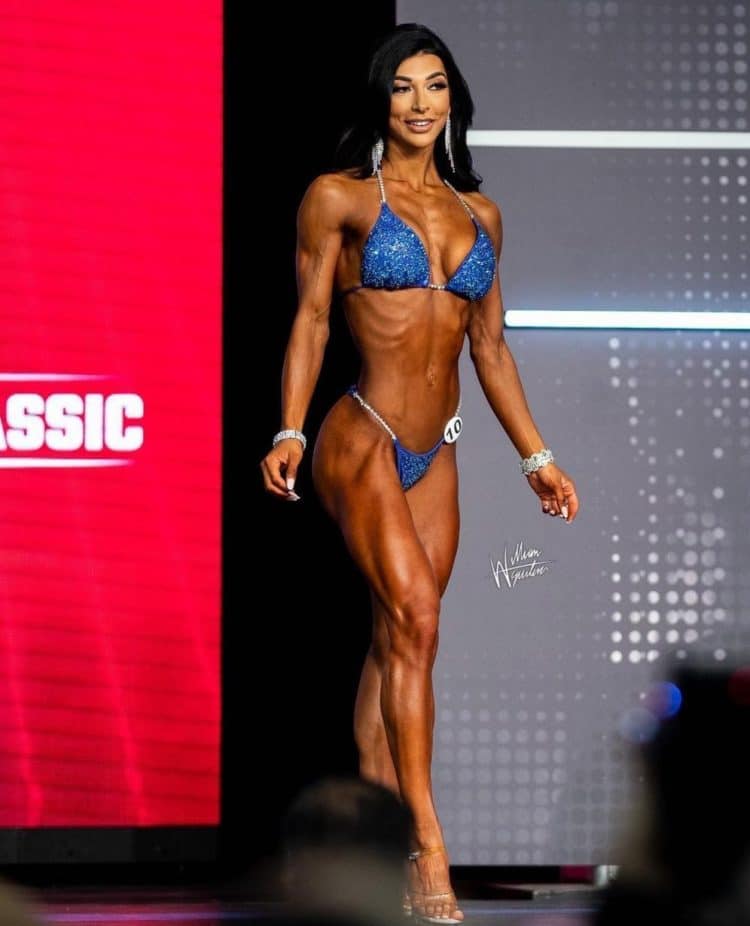 One fine day at the gym, an IFBB Figure pro complemented Lauralie Chapados for her structure and motivated her to compete in an upcoming show in Montreal.

Although the 2022 Bikini International champ was 17 at the time and juggling two part-time jobs, she decided to give competing a shot and started training twice a day.

The 2022 New York Pro winner prepped for four months for her first bodybuilding competition. It’d be an understatement to say that Chapados was hooked to competitive bodybuilding the first time she stepped on stage.

Lauralie’s first contest was a big success as she won the show. It also gave her a good idea of how she stacked up against her competition and her inherent potential. 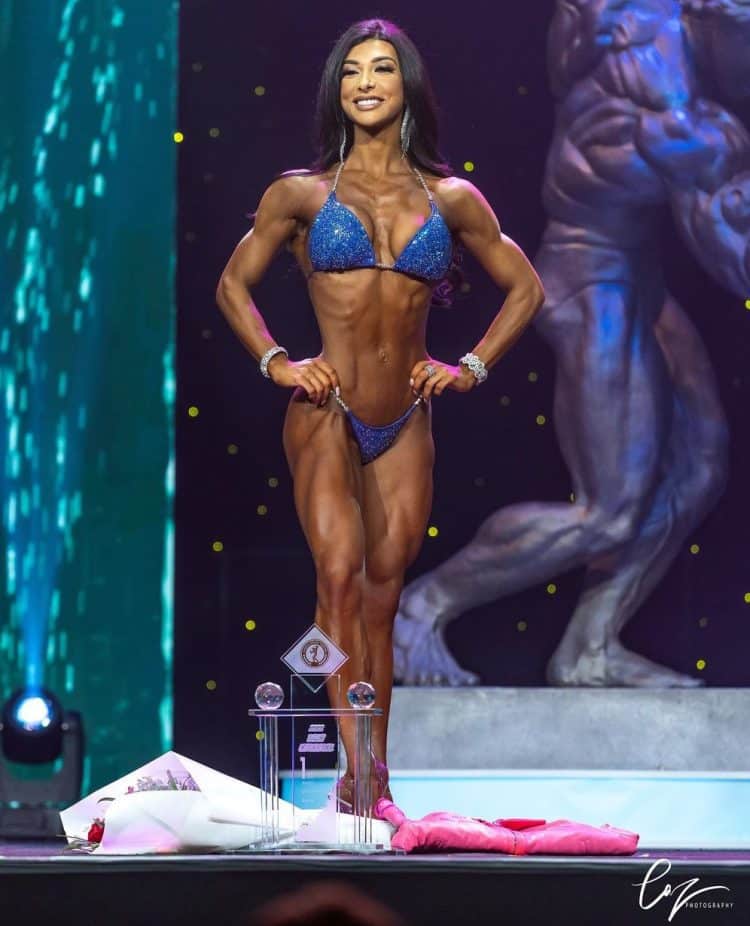 “I won that first contest, and the next one, and then won my class at the Canadian Nationals. Only the Overall Bikini champion gets a pro card, and I earned that a year later. The rest is history.”

After her first show, she started competing regularly and won her IFBB Pro Card at the 2016 IFBB Qualifiers in Canada, less than two years after starting training.

Chapados’ first pro show was the 2017 IFBB Miami Muscle Beach Pro, where she took home a fifth-place finish. She made the necessary improvements in her physique for the next show and placed second in her second show, the 2017 Toronto Pro Supershow.

2018 proved to be a hugely successful year for the Québec native. She won four of the six shows she competed in and placed runner-up in the remaining two. Notably, she finished runner-up in her debut Mr. Olympia, a feat only a few other athletes have achieved.

2019 for Lauralie Chapados started with a humbling sixth-place finish at the Arnold Classic. However, she recouped her lost confidence by finishing second at the 2019 Arnold Classic Australia, behind Janet Layug.

A week out of the 2019 Olympia, Chapados suffered a lower back injury that hampered her conditioning, resulting in a fourth-place finish at the most-prestigious bodybuilding show. Nonetheless, the Canadian bombshell made a strong comeback by winning the 2019 Yamamoto Cup Pro a few weeks later.

The Front Runner for the 2022 Bikini Olympia Crown

After a humbling fifth-place finish at the 2020 Bikini Olympia, Chapados surprised fans and critics by securing a win at the 2021 Chicago Pro. The Canadian bikini star won two more shows in the year before finishing runner-up at the 2021 Mr. Olympia to Jennifer Dorie.

2022 has been a year like no other for Lauralie Chapados, as she has dominated all three shows she has competed in this year. Her wins include the 2022 New York Pro, Pittsburgh Pro, and Arnold Classic. The Canadian bodybuilder’s first-place finish at the 2022 AC makes her the frontrunner for Jennifer Dorie’s Bikini Olympia crown at the 2022 Mr. Olympia. 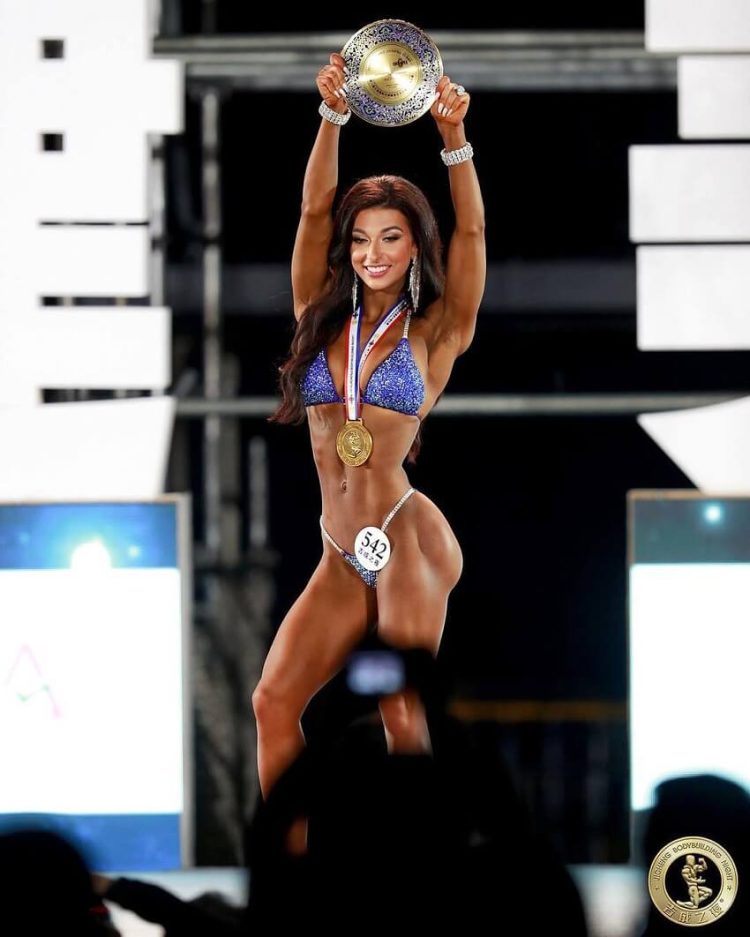 Given below is the Canadian bikini athlete’s complete competition history:

Although the 2022 Pittsburgh Pro champ did not start lifting weights before well into her teens, she had a toned figure, thanks to years of soccer training.

“When I finally started going to a gym, I remember asking a girl who worked there how to get rid of the bumps on the back of my legs. She told me those were hamstrings, and mine were nicely developed from all the sports.”

Lauralie Chapados follow a six-day training split and takes one day off, allowing her body time to rest and recuperate from her workouts.

Chapados never paid heed to her diet and ate whatever felt convenient or what she was craving. However, that changed for the better when she started lifting.

“I remember always being a skinny girl. I never ate breakfast in the morning. I would have a cookie, a macaroni salad for lunch, then whatever my mom made for dinner.”

This is what a typical day of eating for Lauralie Chapados looks like:

“I remember forcing myself to eat 10 eggs for breakfast before going to school. My parents were freaking out. My body was drastically changing, and I loved it.” 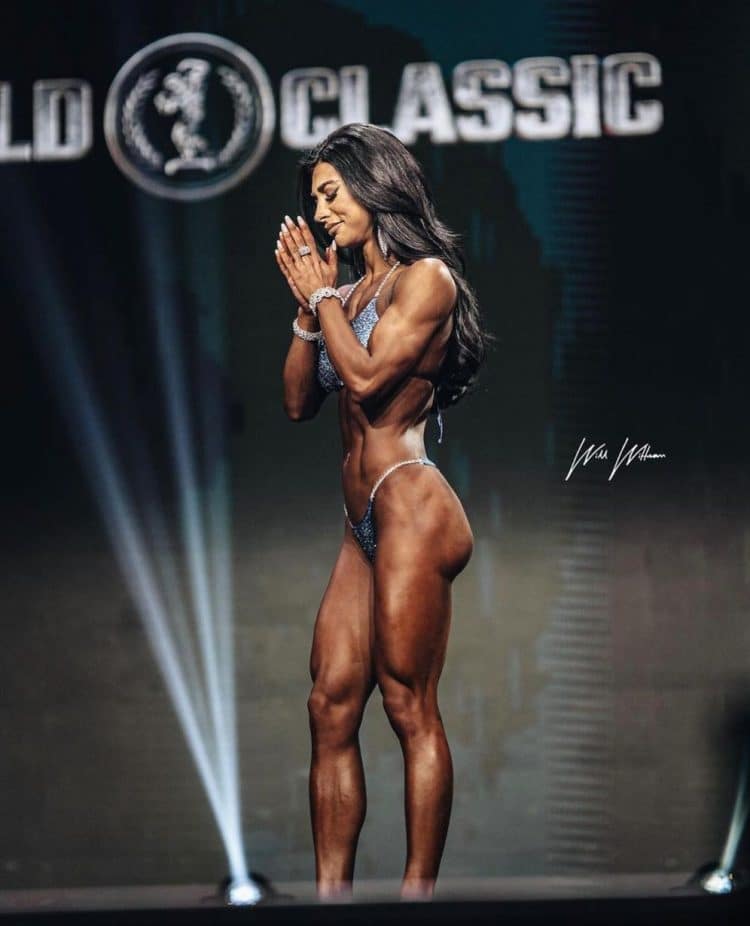 After winning the 2022 Arnold Classic Bikini International, Lauralie Chapados has established herself as the top contender for Jennifer Dorie’s Bikini Olympia throne.

With three wins under her belt in 2022, the Canadian bikini star has a lot of momentum going into the 2022 Olympia, scheduled for Dec. 15-18 in Las Vegas, NV, and fans will be expecting big things from her at the show.

Finally, let’s wrap up Chapados’ profile with a quote from the bikini queen herself:

“No matter what happens, just bring your best to the table and always bet on yourself. Stay in your own lane and work hard every day. Fall in love with the process instead of only focusing on the outcome. It’s a beautiful, never-ending journey of self-improvement and self-discovery. Embrace the process and enjoy it.”