Brian Shaw has revealed that three athletes have been replaced for their spot in the 2021 Shaw Classic, and shows a design of what the arena will look like 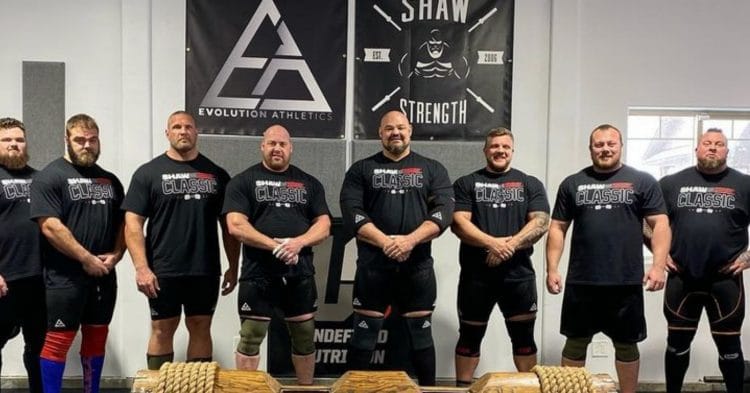 The 2021 Shaw Classic was expected to feature some of the best names in all of strongman. This will still be the case, although there have been some changes made to the rosters with three new athletes being added to the list.

The second Shaw Classic, hosted by Brian Shaw himself, is what Brian has described as a strongman contest by athletes, for athletes. Last year, it lived up to expectations too, with new records even being set at the event.

This year the show was to be even bigger with a roster of 17 athletes competing in two days of competition, ranging from August 27th-28th. However it was recently revealed with a post to his YouTube channel, that three athletes have been forced out and replaced for this lineup.

Brian explained that Luke Richardson is unable to compete, due to the injury that he suffered during the 2021 World’s Strongest Man, while WSM champ Tom Stoltman and his brother Luke have withdrawn due to their sister’s wedding being that same week. They are replaced by Bobby Thompson, Konstantine Janashia, and Mikhail Shivlyakov.

So with that in mind, this is the complete and updated roster for the 2021 Shaw Classic:

In addition to this roster change, Brian Shaw also gave a look at the schematic of the arena for the 2021 Shaw Classic. It is what he describes as an “Intimate” layout, with things being relatively small, containing limited seating with three bleachers.

This will allow for a great view of all of the events that will take place in the two days of competition. So he says that this will allow spectators to interact with the athletes.

“We’re really looking forward to this setup, to this contest. I feel like we’ve got an outstanding lineup of competitors, and my goal is to blow this up as big as we possibly can,” Shaw said.

*Bag Toss, Car Squat, Medley, and Atlas Stones events will be done in a head-to-head fashion, with two athletes competing at the same time.

Stay tuned to Fitness Volt for further updates for the 2021 Shaw Classic.