After his boxing debut against the Iranian Hulk was put on hold, 'the world's scariest man' showed off his gargantuan build in a recent physique update. 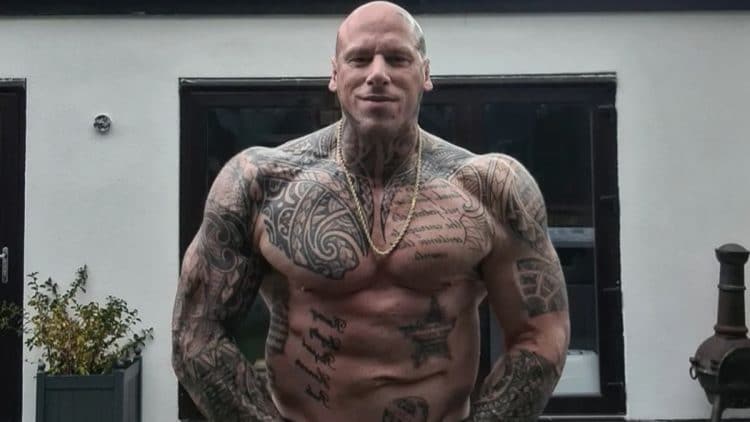 Martyn Ford’s boxing match with Iranian Hulk was supposed to take place this weekend but the fight was shelved once again. In a recent physique update, Martyn looks ripped and boasted that he’s the biggest he’s ever been following a boxing training session.

Iranian Hulk, real name Sajad Gharibi and Britain’s Martyn Ford have been on a collision course for years now. The two were slated to face each other in their respective MMA debuts in 2018 for Polish MMA giant KSW. While Martyn took pen to paper, inking a contract, the fight between Iranian Hulk never came together. Nevertheless, they planned to settle their differences in the boxing ring. The bout was supposed to take place on April 30, but the fight was shelved for the second time after Ford released a video revealing the fight was off.

Before the bout fell apart, Iranian Hulk was seen crying in a televised interview because his parents disowned him after he met Martyn for a face-off in Dubai. When the two combatants met, Ford towered over his opponent. Gharibi attempted a takedown against Ford but was unable to get him to the ground. After they reset for another face-off, this time it was Ford who shoved Gharibi to the ground.

Following the cancelation, Martyn stated that the fight was called off due to the ‘health and safety risks involved‘. However, after Ford’s announcement, Iranian Hulk claimed it was actually Martyn who pulled out of the contest. Upset by the current state of affairs, Iranian Hulk stated that his team intends to sue Ford for a breach of contract.

Martyn Ford Not Slowing Down in Training, Boxing Debut Postponed

In a recent Instagram post, Martyn revealed that he stopped all forms of bodybuilding since last October to focus on getting his body primed for the sweet science.

“So …. figure this …. I stop all forms of bodybuilding since October, I move into boxing, and combat sports training …. I end up looking BIGGER than ever 😂😂😂 … I give up, want to pack on muscle? Go for a run 😂😂😂 my body definitely doesn’t function normal.” Martyn Ford posted.

Speculation is at an all-time high as no one is quite sure who is responsible for the boxing match being off. In the lead-up to the event, Martyn demonstrated that he was ‘building a beast from scratch‘ and mentioned that he would likely enter his boxing debut weighing upwards of 320 lbs.

After giving up six months of his life to train, Ford was frustrated that he was unable to follow through on his first official fight. As a result of his boxing prep, Martyn said that he was ‘feeling 21 again‘ after losing a considerable amount of weight. Meanwhile, Sajad Gharibi has also been overwhelmed with anger as he recently made headlines for bending a frying pan with his bare hands in a show of strength over the cancelation.

It remains unclear who his next opponent will be, but Martyn Ford is committed to fighting and is beginning to survey the field of possible opponents. Regardless of who he ends up fighting, Martyn isn’t slowing down in training and his ripped physique is evidence of his hard work in the gym.

Following the cancelation of his boxing match with the Iranian Hulk, Ford is determined to maintain the gains he's made...

The long-awaited fight between Martyn Ford and Sajad Gharibi has been canceled a few days ago, but the altercations between...