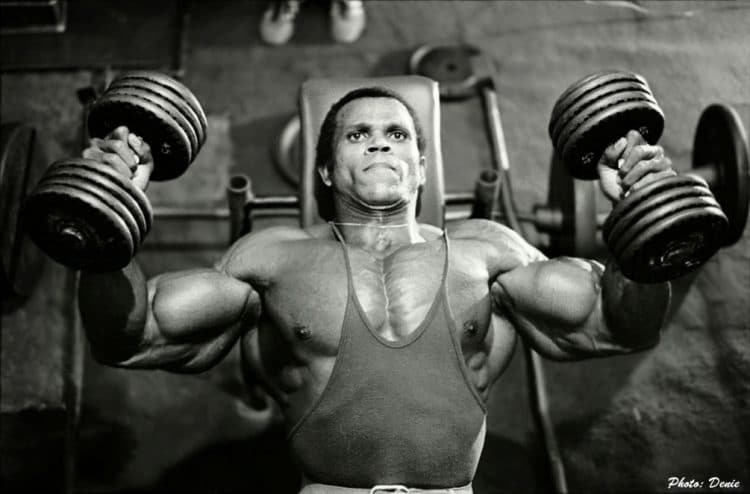 Serge Nubret , also known as The Black Panther was a French professional bodybuilder, leader of a bodybuilding federation, author, and actor. He was born on October 6, 1938 in Anse Bertrand, Guadeloupe.

He and his family moved to France when he was 12 years to pursue his scholarship and complete his studies in accounting. There he finds out about his potential in athletics. He returned to Guadeloupe dedicated himself to bodybuilding which he said raison d’etre (reason for being).

After watching movies like Hercules and Last Days Of Pompeii starring Steve Reeves, in 1958, he got motivated towards lifting weights and then later in that career he was noticed by Italian producers and worked in famous Italian movies like Arrivano i titani and Sette baschi rossi.

When he started talking about how he is going to be bodybuilder only after two years of training, everyone was baffled and shocked, but in 1960 when he joined International Federation of Bodybuilders, he was declared as the most muscular man in the world.

He went on winning many Bodybuilding competitions including IFBB Mr. Europe in 1970, NABBA Pro Mr. Universe in 1976, WBBG Mr. Olympus and Mr. World in 1977 and WABBA Pro world championships in 1981 and 1983. In his career of 25 years, he won six world titles from four different federations that no other bodybuilder had ever done.

He also was the head of IFBB France and Europe from 1970 to 1975. In 1976 he founded World Amateur Body Building Association (WABBA), which was kind of rival federation of IFBB. Serge Nubret with Sergio Olivia both protested against IFBB because of various controversies during those years.

In 2006, he wrote a book, I am…Me and God with co-author Louis-Xavier Babin-Lachaud, which autobiographical as well as showed his beliefs about Christianity and mysticism and his belief in God. In 2009, he wrote another book titled Seventy Years Young, which is an autobiography and features his training routine and diet.