Bannout believes no one is unbeatable including the champion at 2022 Olympia and revealed his pick between Nick Walker vs. Hunter Labrada 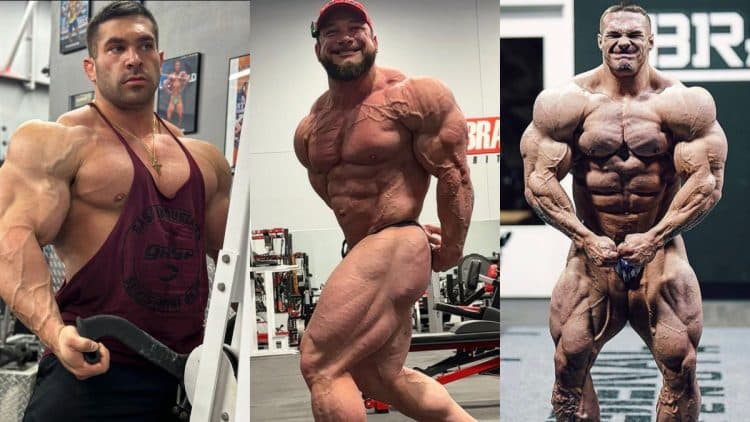 Former Mr. Olympia winner Samir Bannout made a name for himself competing during the Golden Era of bodybuilding. While he no longer performs on stage, Bannout’s passion for bodybuilding hasn’t gone anywhere. In episode 25 of The Muscle Maturity podcast, Bannout sat down with Nick Trigili and John Hansen to share his thoughts on the rivalries in the Open division at the 2022 Olympia.

Reigning two-time champion Mamdouh ‘Big Ramy’ Elssbiay will look to continue his reign this weekend. He will face intense competition from competitors including Nick Walker, Hunter Labrada, Hadi Choopan, and rising prospect Michal Krizo. Meanwhile, former Olympia champion Brandon Curry will look to get another win after placing runner-up at the 2021 Olympia.

The reigning 212 champion Derek Lunsford announced that he would not defend the title this season as he plans to compete in the Men’s Open division. Lunsford’s addition to the Open roster added even more excitement to the show’s lineup.

Hall of Famer Chris Cormier said Lunsford will “shake things up” in his maiden appearance in the Open category. Cormier praised the former 212 standout’s impressive guest posing appearance at the 2022 Pittsburgh Pro earlier this year. Cormier also said he wasn’t at his 100 percent best, but expects him to be this weekend.

About two weeks ago, Bannout shared his analysis of the Open division for the most prestigious fitness showcase in the world. Although Brandon Curry placed runner-up at last year’s show, Bannout doubted his abilities in 2022. According to Bannout, this year’s contest will be tougher due to the surge in new talent. Much like Cormier, Bannout also believes Lunsford will upset a lot of people.

Bannout: “Everyone is beatable. If Ramy comes in out of shape he will lose.”

Trigili: “You know what’s crazy? I think there’s more of a chance of him losing than him winning because if he’s off a little bit I feel like these judges are going to be super overcritical of him after last year.”

Another threat looming in the Open class background is Nick Walker, who enjoyed a stellar season in 2021. He won the 2021 New York Pro and Arnold Classic consecutively.

‘The Mutant’ cracked the top five at the Super Bowl of bodybuilding last year, placing fifth behind Hunter Labrada after a close battle.

Last month, Bannout admitted that he was not always a fan of Walker but turned into a believer after looking at a number of his physique updates.

Bannout weighed in on the intense rivalry between Nick Walker and Hunter Labrada. Although he sees Labrada as the contender with more potential, he believes Walker may win this weekend.

Walker and Labrada expressed earlier in the season this year that they would both like the opportunity to face each other at 100 percent at the upcoming Olympia.

Bannout: “If they both come in at their best, Nick and Hunter, who do you think wins?”

Hansen: “A lot of people feel Hunter was placed too high for the condition he was in and that Nick should have beat him. So I think that’s what’s going to happen this year; Nick is going to place ahead of Hunter and a lot of it has to do with the fact where they placed last year.”

Trigili: “I think Nick will still beat him this year. I don’t think Hunter’s going to have the hardness and the leanness to the skin like he needs to. Nick’s hardness and muscle maturity this year is crazy. His back is better and I don’t think Nick’s shape is an issue anymore. For the most part, his shape is good enough but Hunter has better shape for sure.”

Bannout: “[Labrada] can be another seven or eight percent harder and be dangerous because look at the flow; the diamond calves, good flow to his thigh, the midsection is small. If he comes in really etched to the bone, I think Nick is going to have a tough time with him if he’s ready. I don’t think he’s ready enough, not enough. Nick was better quality-wise last year.”

They all agreed that Nick’s back development trumps Hunter’s.

Iranian bodybuilder Hadi Choopan gained attention for his detailed muscularity and insane conditioning. He is one of the most consistent performers in the Open division and has not finished below fourth place since making his Olympia debut in 2019. He is determined to improve his standing on the podium after finishing third last year.

Samir Bannout is confident that Derek Lunsford will make a statement in his Open division debut at the 2022 Olympia.

Hansen: “I think Derek’s going to go past Hadi [Choopan], he could even be second.”

Bannout: “The back is incredible. He’s really good. I have Derek Lunsford in the top three because of his overall physique. He’s complete and now his condition looks pretty damn good. I can see him in the top three. The personality between him and Derek is the difference. Derek and Hadi, both will be ready, the powerful personality would be won by Hadi and the body overall, the size and balance, I would go Derek. He’s really good.”

Samir Bannout drew a comparison between Big Ramy and legendary bodybuilder Ronnie Coleman last week. He urged the Egyptian mass monster to take care of his health and warned him not to bulk to 300 pounds or more. Bannout suggested Ramy was too far ahead of the competition but added that he wouldn’t have been able to defeat eight-time Mr. Olympia Ronnie Coleman back in ‘The King’s’ prime.

Derek Lunsford recently sat down with Coleman to talk about his move into the Open division and ambitions for the upcoming Olympia. He explained that he wanted to keep improving and building rather than maintaining his physique at 212 as “it would take the love out of bodybuilding” for him. Considering how many contenders are slated to compete, 2022 Olympia will be packed with exciting storylines and excitement.