"The Mutant" discussed the Open lineup for 2022 Mr. Olympia and plans to defeat the top four from last year's contest. 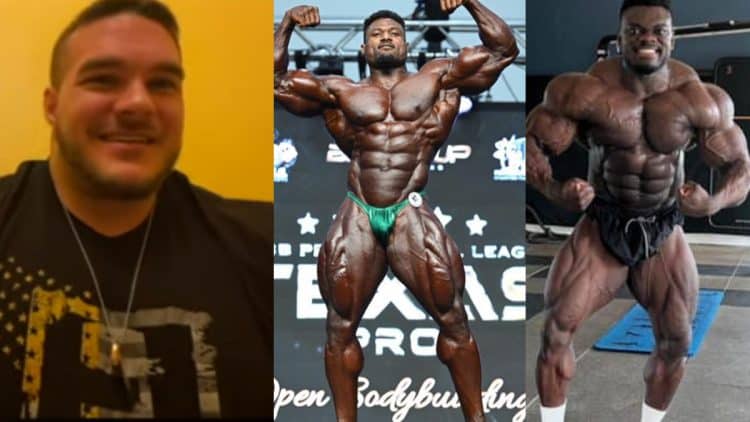 With less than 16 weeks until 2022 Mr. Olympia, preparations are heating up for all athletes, including 2021 Arnold Classic champion Nick Walker. In the latest Bro Chat episode, Walker revealed his biggest threats after giving his thoughts on a showdown between Andrew Jacked and Blessing Awodibu.

The Men’s Open division features some of the biggest and most imposing bodybuilders in the IFBB Pro League. It’s also one of the most competitive divisions in the sport. Reigning two-time Mr. Olympia Big Ramy plans to defend his title once again later this year, however, he’ll be tasked with facing a deep lineup of talent.

Bodybuilder Nick Walker made his presence known with a spectacular rookie season in 2021. Celebrated for his round muscle bellies and sharp conditioning, “The Mutant” proved himself by winning the New York Pro.

Instead of sitting out until his first Olympia contest, Walker opted to bring a refined package to the Arnold Classic months later. He won the contest dominantly and defeated popular Open competitors like Steve Kuclo and runner-up Iain Valliere in the process. From there, he brought an impressive look to Olympia and finished in fifth.

This year, many Open class competitors have pushed themselves into the limelight. Blessing Awodibu is one of them — he won back-to-back competitions a few months ago at the 2022 Indy Pro and New York Pro. He’s punched his ticket to Olympia already, but so has Andrew Jacked, another bodybuilder revered for his aesthetics.

In addition to the new talent expected at the show, Walker believes many of the top finishers from last year’s Olympia, like Ramy, Choopan, Hunter Labrada, and William Bonac will be his biggest threats.

During a recent episode of Bro Chat, Walker discussed his biggest Olympia threats and why he believes Andrew Jacked will defeat Blessing Awodibu should they compete against each other.

Jose Raymond asked Nick if Blessing Awodibu could defeat him at Olympia if he came in at his all-time best. Walker had the following to say:

“Not even close,” Walker said.

When asked who he believes would win between Awodibu and Andrew Jacked, Walker didn’t mince words.

Following his assessment of Andrew, Jose asked Nick who he is ready to ‘steamroll’ at this year’s Olympia contest.

Next, “The Mutant” discussed who would be harder to defeat at 2022 Mr. Olympia: Hadi Choopan or 212 Olympia champion Derek Lunsford.

“Hadi [Choopan],” Nick told Guy Cisternino. “If we’re talking about this year, Hadi. Derek in a couple years — I think, yeah, Derek is going to be a major threat.”

Earlier this year, Nick said that Derek Lunsford had the potential to defeat him at Olympia but not ‘this year,‘ which prompted Guy to ask the question.

As the discussion continued, podcast host Fouad Abiad mentioned that if Curry comes into the contest as he did in 2019, he will be a definite threat to the title. However, Walker isn’t buying what Foaud suggested.

Unlike Walker, seven-time Mr. Olympia Phil Heath believes Hadi Choopan and Curry have the tools to defeat Big Ramy. He added that if Ramy leaves the door open again like he did last year, either Brandon or Hadi could catch him slipping.

Nick decided not to compete this year, in favor of building his physique for 2022 Olympia. Throughout his off-season, Walker has consistently shared physique updates, keeping fans up to date on his latest improvements. The 28-year-old doesn’t shy away from training with many of his rivals too.

In preparation for this year’s Olympia contest, Walker trained with top finisher and fellow Hosstile athlete Brandon Curry. The two recently joined hands for a brutal shoulder workout. In addition, Walker has trained with 212 competitor Kamal Elgargni, who recently tried out the Open class and one of the sport’s most talked about athletes — Derek Lunsford.

Walker and Lunsford put their competitive ambitions aside and pushed each other through a daunting leg day workout. With a number of threats eager to storm the Olympia stage, Walker remains committed to his original plan of toppling Ramy later this year.