Within four weeks, Shane Hunt will demonstrate his expertise in a sanctioned powerlifting competition. 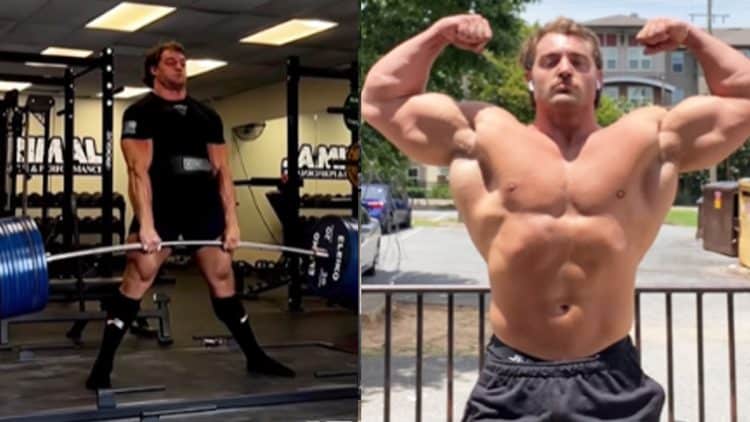 Shane Hunt is one of the biggest athletes in the sport of powerlifting, and this could be viewed from two perspectives. He has accumulated immense success, so his name holds much respect in the community. In addition, his sheer size and muscular build also make him very recognizable whenever he steps on the platform to lift. Shane’s muscles aren’t just for show; his strength matches that of the world’s most powerful people. The goal is to set some World Records in the future, so Hunt keeps trying to improve with every workout.

Despite his many accomplishments, Shane Hunt recently shared one of the greatest lifetime achievements on his Instagram account. Hunt absolutely crushed a 420-kilogram (925.9-pound) deadlift, which is now his new PR. The ease with which he performed the lift also made it seem like there was plenty more in the tank.

Originally standing a few feet behind the loaded barbell, Shane Hunt approached confidently and set himself up in a sumo stance. Only equipped with a lifting belt and some chalk on his hands, Hunt utilized a hook grip to firmly squeeze the bar. The 420-kilogram (925.9-pound) deadlift absolutely flew from the ground, while Shane also held the massive weight in the locked-out position for a few seconds to amaze the audience even further. While Shane used a sumo stance, his height allowed him to have a very good ROM (Range of Motion).

Shane Hunt also stated that he is four weeks out from his next competition, which seems to be the 2022 USPA Pro Raw Championship. This competition will take place on September 24-25, 2022, in Kansas City, MO. This will be his second appearance this year, as he impressed everyone with his performance at the 2022 WRPF Ghost Clash.

Shane Hunt has been competing exclusively in the raw division throughout his 9-year-long career. In that time, he took part in 13 sanctioned competitions and won nine of them. His current bodyweight is unknown, but Shane’s last three appearances were all in the 125-kilogram (275.6-pound) weight class.

*Hunt set all of his competition PRs at the 2022 WRPF Ghost Clash.

The 2022 USPA Raw Pro Championships will only feature the World’s greatest powerlifters like John Haack and Jamal Browner. Therefore, Shane Hunt’s inclusion in the competition proves how brilliant he is. In addition, he has now justified his reputation with a mind-blowing 420-kilogram (925.9-pound) raw deadlift PR, which makes everyone excited about his upcoming competition.