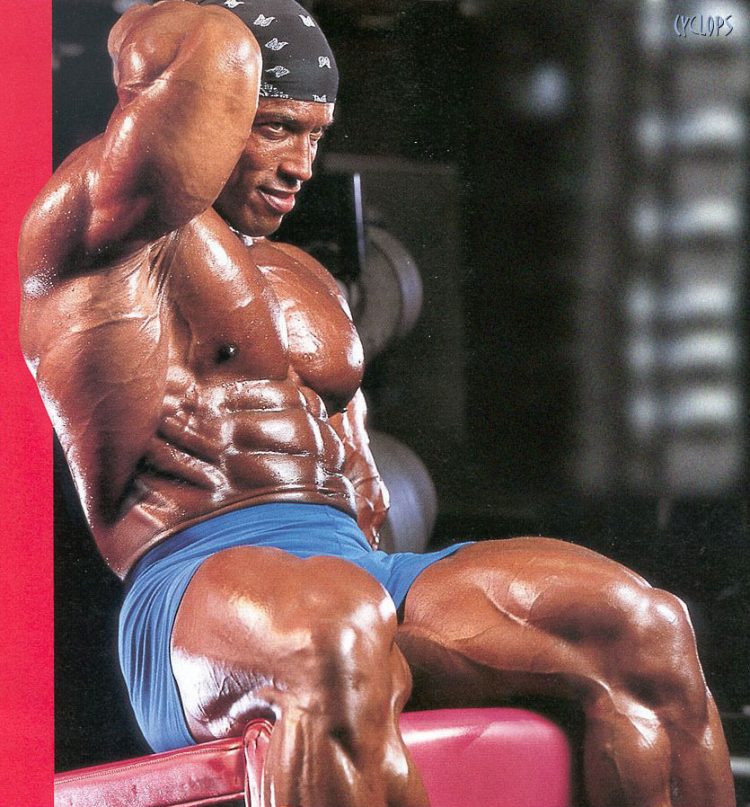 Shawn Ray was born September 9, 1965, in Placentia, California, U.S, is a former professional bodybuilder and author. He remains in top 5 competitors of Mr. Olympia for 12 consecutive years (from 1990 to 2001), no bodybuilder have ever achieved that.

He began his career in 1983 when he got the second rank on Orange Coast Classic in Newport Beach, California and then he won the California gold cup in the same year. In 1984, he won the Teenage Mr. California (he was senior in high school at that time) and got the chance to meet 2005 hall of fame inductee Mike Christian, who gave Shawn some great bodybuilding advice. He won the Teen Nationals and the IFBB Jr. The World contest the next year.

His pro bodybuilding career started after his win in 1987 NPC Nationals. Just after 7 months after this competition, he got 4th rank in IFBB Night of Champions. In 1988 he placed 13th in Mr. Olympia contest, so he decided not to compete in 1989 and train for Ironman Pro, the Arnold Schwarzenegger Classic and the Mr. Olympia from which he won the former two and got 3rd rank in Mr. Olympia.

From over 30 major bodybuilding competitions he only failed once to get placed in top 5. In his career, he defeated every bodybuilder at least once he competed on stage except Lee Haney (8 Time Mr. Olympia) and Dorian Yates (6 Time Mr. Olympia).

Shawn Ray has been featured in six documentaries: Lifestyles of the Fit & Famous- a biographical film, Final Countdown- shows his contest preparation for Mr. Olympia 1998, Inside & Out- Behind the Muscle, a look at his daily life on the Pro Circuit, To The Extreme- video about how he train, Best of Shawn Ray- History of Shawn Ray, Fitness After 40- which is a biopic and documentary about his life after his retirement from bodybuilding, living with his wife and his first child (daughter) and how he stays in shape.

He is mentioned in The New Encyclopedia of Modern Bodybuilding by Arnold s Schwarzenegger and Bill Dobbins. He also wrote a book about bodybuilding named The Shawn Ray Way. He was the co-host of Flex magazine workout on ESPN for 5 years and host many bodybuilding competitions as a commentator for 8 years. He was also the co-master of 2006 and 2007 Mr. Olympia ceremonies which held in Las Vegas, Nevada.

He raised $55,000 over the ten years by hosting the event Shawn Ray’s CHOC Hospital Golf Invitational and donated it to Children’s Hospital of Orange County.

He is the creator of the main philanthropy pledge drive for professional bodybuilding he is also the first person to fail the drug test at Arnold Classic (in 1990). After his retirement in 2001, he started working with Smartshake, a shaker company of Sweden.