Samir Bannout, a Golden Era bodybuilder says athletes should avoid cutting corners: 'It's better to take your time and grow' 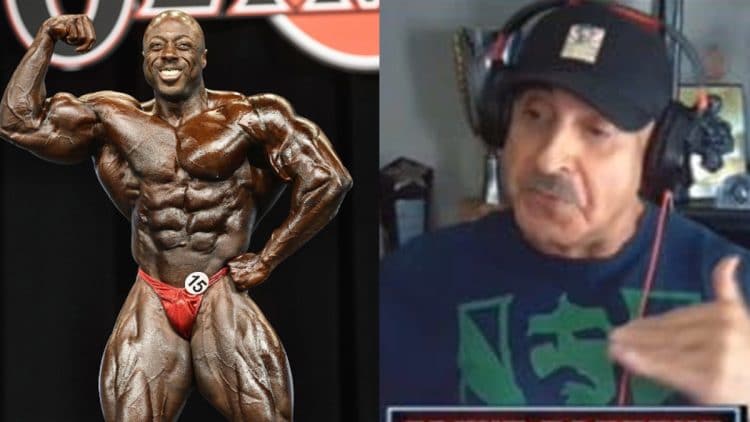 Bodybuilding veteran Samir Bannout is a well-known figurehead in the industry with a wealth of knowledge regarding the finer details of the sport. In a recent discussion with Nick Trigili, Bannout touched on a number of issues like building muscle without cutting corners and the tragic passing of George Peterson.

Samir Bannout, a former 1983 Mr. Olympia champion, competed in the Golden Era of bodybuilding. His lone Olympia victory marked the beginning of a new chapter in the sport. Bannout ushered out aesthetics to a degree, which gained widespread notoriety from legend Frank Zane, who first won the coveted title in 1977.

Size and muscle mass were highly favored in the sport after Zane, which was highlighted by the reign of Lee Haney. Haney is tied with Ronnie Coleman for most Olympia victories ever recorded (8). While Bannout has long hung up his posing trunks, the decorated Pro has been in the news cycle lately, giving his take on various events present in the sport of bodybuilding.

Samir Bannout on Building Muscle: “It’s Better to Take Your Time and Grow”

In a recent YouTube video, Bannout gave his thoughts on athletes building muscle in a gradual manner compared to quickly gaining mass by ‘cutting corners’.

“That brings us back. We are going to talk about someone who is trying now, I think they are gaining properly the same way I did it year after year. Three or four pounds, three or four pounds, but come on, you don’t need to cut corners and think cutting corners is gonna help you become a champion.”

Samir Bannout explained. “It can cut your career short trying to do it the wrong way.” Bannout told Trigili.

Bannout agrees cutting corners may work for a year or two but believes after a while it starts to ‘backfire’.

“Pushing yourself and getting beyond… there’s two ways. I’m not discouraging putting on lean beef, but I’m saying the method of how to put it on, it’s backfiring. Eventually it works for a year or two.” Bonnout added.

“If you do the method in question, later we will discuss it again, it’s going to make you vastly improve but eventually after a year or two it’s going to be terrible for you. It’s better to take your time and grow.”

Bannout’s Advice to Bodybuilders: “Show Your Strengths and Hide Your Weaknesses”

According to the 1983 Mr. Olympia, being smart goes a long way as a competitive bodybuilder. Similar to Frank Zane, Bannout believes reigning Classic Physique Olympia champ Chris Bumstead understands how to accentuate strengths while hiding weaknesses.

“[Chris] Bumstead. Bumstead is very smart. Why? He understands positioning, he understands conditioning, but again, is he beatable? From my perspective, yes, he is. He is beatable but he’s smart. He’s doing what Frank Zane used to do. What I’ve done to when I won Olympia. He gave conditioning and he showed the angle properly.

Show your strengths and hide your weaknesses. He outmatched a guy like Breon [Ansley]. Breon has the body and capability to take him. But Breon, instead of hiding his weakness, he showed his weakness. I’m friends with Breon, no disrespect. I mean when you go try to dance your routine and not show your strengths, that’s not smart.” Bannout said.

Bannout maintains that modern bodybuilders are using too much gear. When reflecting on testosterone intake, he made it clear that an athlete could win Mr. Olympia with 400 or 500 milligrams of testosterone, like ‘C-Bum’ has recently suggested.

“A small amount of androgen. I didn’t really use the amounts that these guys are using, enough for a T-Rex right now. The amount of testosterone being used is enough for a T-Rex. Is it necessary? Honestly, it’s not necessary. 400-500… can you win the Olympia on 400-500 miligram? Hell yes you can.”

“Well, it’s not the genetics. It’s really understanding nutrition and recovery, and not overtraining. All of those. You have to have all the pieces of the puzzle.” Bannout shared.

In simple terms, Bannout says athletes should study what they believe works for them. Whether it’s stress levels, training, calories, or quality of food — all have a significant impact on a bodybuilder’s development.

“The bottom line is you have to study what works for you. Stress level, overtraining, your caloric intake, the type of calories you use. All of those things matter.”

“Again, it’s better to be ready and peak properly and load up properly etc., accordingly. It’s all doable without Insulin. I guarantee you, [Lee] Labrada didn’t use it. Arnold [Schwarzenegger] didn’t use it. But you can get shredded. Look, I was ripped enough in ’83 and I didn’t touch it. No GH, no anti-estrogen, I swear to god on the soul of my father, I never did any of the above. It’s okay to talk about things and let the kids out here hear the truth from me. I’m not a saint but I’ve learned not to do stupid things.”

2021 saw a number of bodybuilders pass away, and some at a young age. In addition to former Mr. Olympia Shawn Rhoden, George Peterson also died from heart issues, which Bannout believes was caused by ‘excessive dehydration’. The concerning trend continued in 2022 as Bostin Loyd died at 29 as well as the late Cedric McMillan, who passed away back in March.

Bannout asserted that if Peterson was still alive, he would have had the tools to become an Olympia champion. One of his biggest takeaways from the tragedy was that bodybuilders need to rehydrate even when it risks the quality of their physique.

“I saw pictures of him flying to the show, and I looked at his face and said, ‘oh my god.’ I felt something is wrong with him. Bannout added. “George could be with us, he could have probably gone on to win the Mr. Olympia but I think his coach, I don’t know why he didn’t stay with him that night in his room and monitor what he’s doing.

Was it really necessary to go that limit? It really hurt me a lot. It broke my heart because I liked the guy. So, listen, can a little bit of water hurt you?

Last year, Bannout voiced that Peterson’s coaching staff was at fault for his untimely death. Other athletes have had close encounters with dehydration, like eight-time Mr. Olympia Coleman, who recently discussed a near-death experience he had in 2001 caused by dehydration.

Given Bannout has reached the top of the sport, the knowledge he brings to the table is always welcome in the fitness community. After a thorough discussion with Nick Trigili, Bannout understands the risks associated with bodybuilding and only wants to see the sport prosper moving forward.